Off the board and outta the books.... 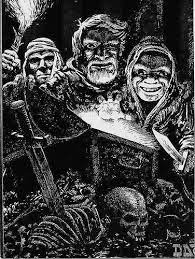 So in light of my recent philosophical look into the hows of re-creating epic RPG sessions (See Reflections on D&D style), I've come to think deeply on small little tis bits of creativity that have, over the years, made their way into the games I've ran, written, created, and designed.

I have volumes of hand written journals, tomes, books, and small notebooks all designed to look like authentic bestiary's and gazetteers from the mythical realms I have created for my role-playing worlds over the years. Everything from small leather bound journals tied with sinew to large converted leather bound annals of the history of Flannessia - the primary world which I composited some years back that encompasses every known mythical realm into one large multi-contonent universe, albeit roughly at about the same time period. Another post would be required to summarize this concept, but the short of it would be Middle Earth at the upper northwest, followed by Oerth, (the TSR Greyhawk campaign setting, the Flanaess-hence the name Flannessia) to the south, Al-Quadim and Dark Sun to the south east, Kara turn to the direct east, Faerun (Forgotten Realms) to the southwest and Krynn (Dragonlance) to the north east, with small little kingdoms from film and fable intermingled throughout. For example, Florin & Gilder (The Princess Bride) are constant warring city-states located to the West, south beneath Grewyhawk but north of Faeurun's Iceland Dale, and due to the mystical geographical and weather related patterns of this world of Flannessia, subject to their own weather, climate, and isolated mythology, history, and development.

The goal in creating this tapestry of the imagination so many years ago was nothing other than complete indecision. Rather than campaigning in just one-world, Iw anted to campaign in them all! And as such, throughout the years, my players could re-create the legends and fables of nearly every culture, history, mythology, film, novel, fantasy and idea that they ever had. All with the same characters, in the same periods, and in the same time. The one caveat of this being that all worlds, more or less, were subject to a mid-to-late medieval high-fantasy period. Gunpowder, for example, while present amongst the Gnomes of Krynn and the pirates of the far western isles of Neverland, never really made its way into the mainlands of Oerth, Faerun, or Middle earth.

In the bowels of one such tome that captures stories, ideas and concepts for writing, design, creatures, and campaigns, is a story of an adventuring party that crossed these worlds, traveling east from the Flanaess through the desert lands and into a violent tribal area of Dark-Sun & Al-Quadim.
After a period of lost wandering, untold horrors, and wonders only barely alluded to in pre-game backstory, the lone survivor returned across the western mountains and into the forested lands of Flannessia to a monastery, where upon his deathbed  he presented the monks with both his horrific tale, and a single piece of his own Human Skin, the only parchment he had on which to record the details of what he had found. 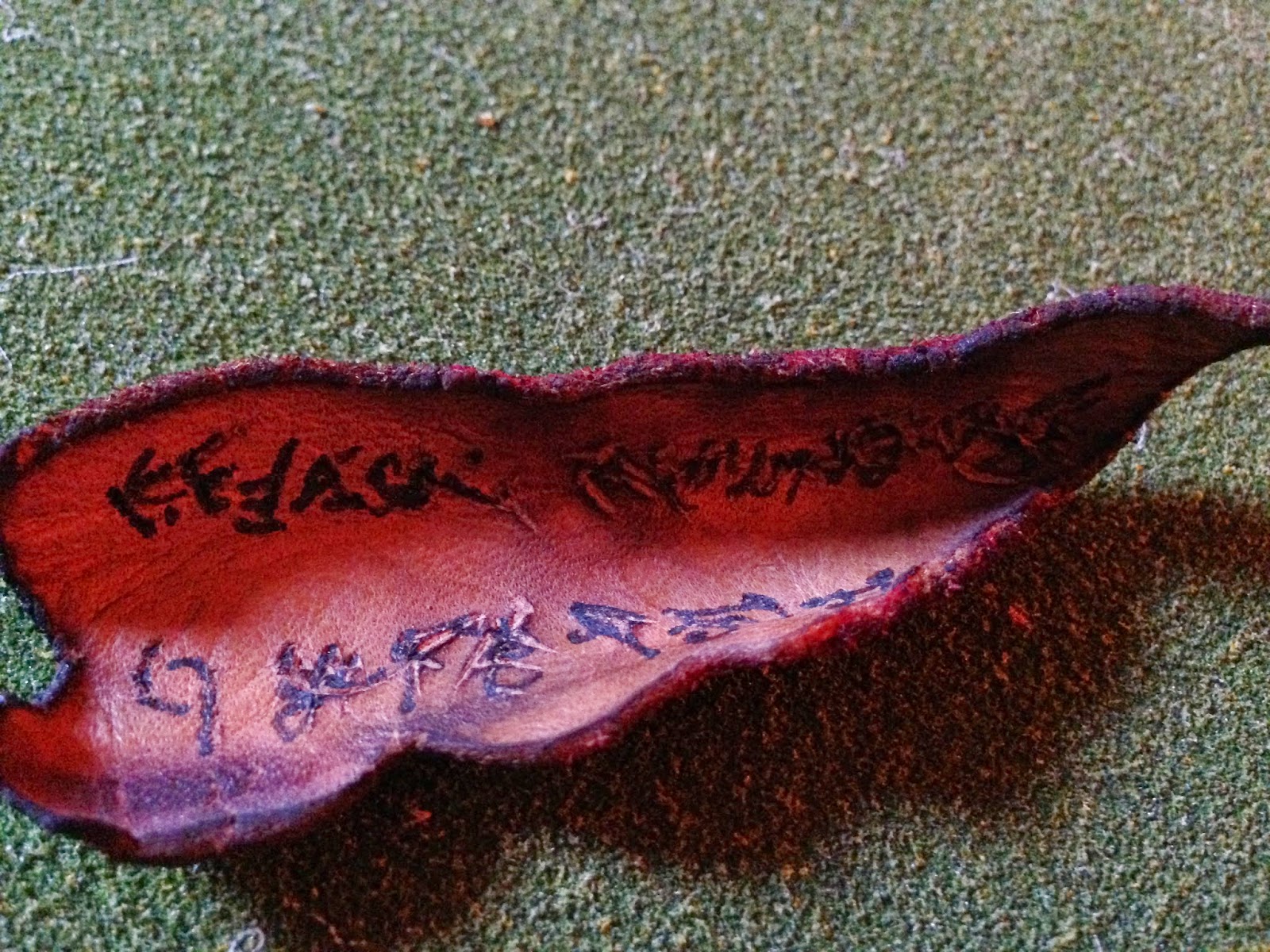 And here is where the role of D&D gaming style, live-action Role-playing and epic game creation come together.
The flayed scrap of human skin is not only described to the playing group, but it is presented to them as well. Not in 25-28mm size, not in small miniature terrain-type detail, but in REAL, life-size shape and form. It brings the game, the story, and the detail alive, from the backstory, the leather bound tomes surrounding the game table, the maps, the miniatures, the terrain, the tales...all of it becomes REAL with the touch of this charred and rotting bit of "human flesh."
Now, as imaginative, and often times dark, as my imagination and love and devotion of the D&D craft can be, I do draw the line at using real Human Skin. So this is, of course, a replica, made with the same detail and creativity as any miniature terrain, painting, tree, mountain, dungeon wall or painted curio for use on the game table. 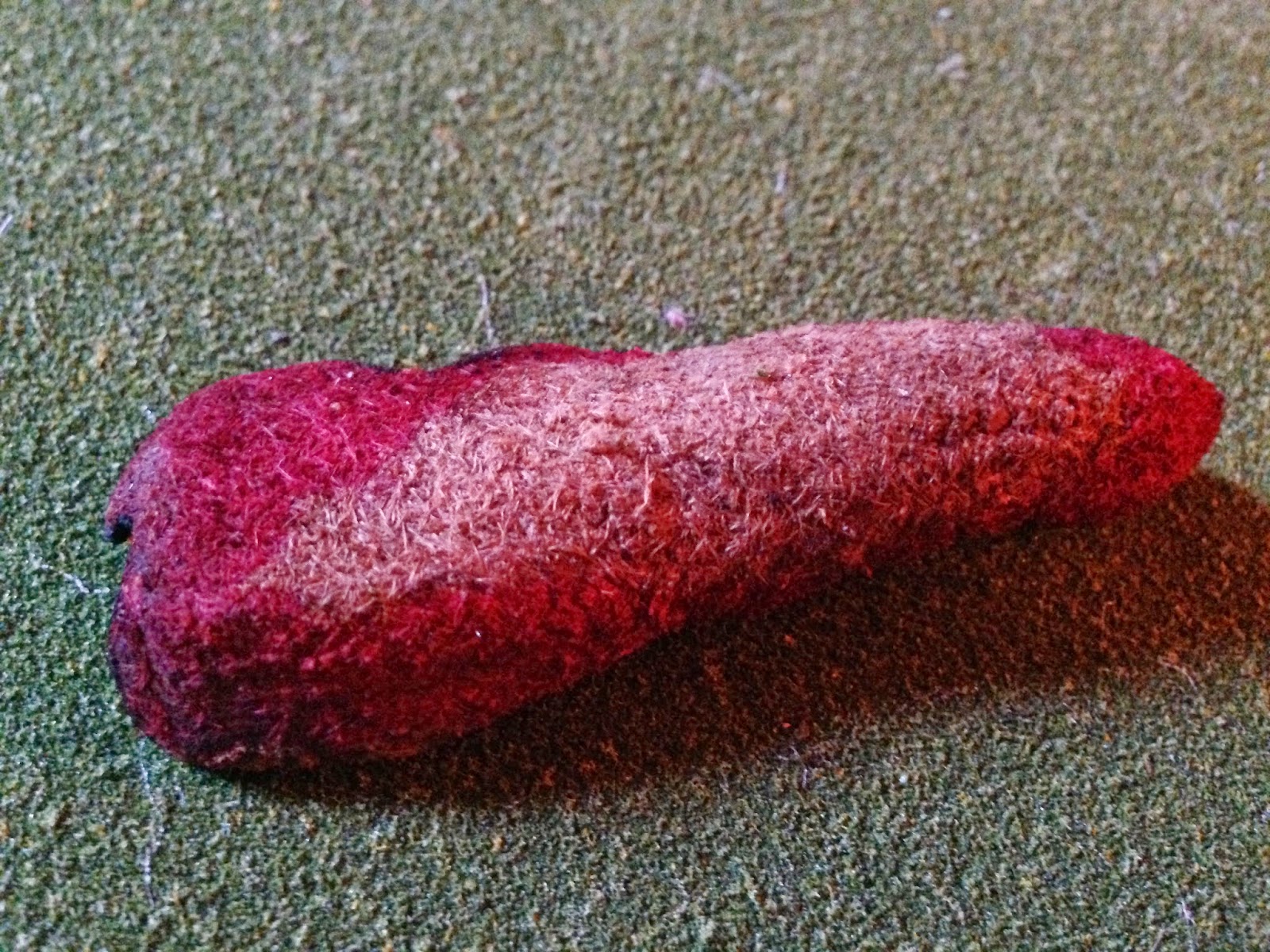 The "Human Flesh" is actually a small bit of haphazardly cut (on purpose) leather. Boiled in hot water, left to dry, charred at its edges, and stained with a thick red paste of tomato sauce and acrylic paint. A touch of purple wash at the early stages gave just the right sheen to achieve the "dried blood" look, especially to the back, where the surface was roughed with sandpaper and the remaining bits of scar and tendrils I would "assume" would come from an aged piece of removed epidermis.

But effective. Not just at "bringing the story to life," but at capturing the essence of what role-playing is about:
For a few hours, allowing us to RELALY travel to these imaginative worlds, to REALLY take on the role of our characters, and to REALLY live in their adventures. Not just push buttons, tap keys, watch them move from a "third person view" or roll dice under cheap fluorescent kitchen lights among bags of Dorrittos and cans of soda, but to drink from mugs, feel the leather of our gauntlets in our hands, and squint int he candlelight to see the small bits of numbers that, when necessary, must take us out of this world for only brief moments, to actually allow the "game" to continue...

And what an imaginative and wonderful portal it has the potential to be... 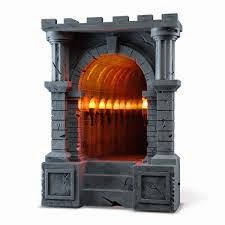