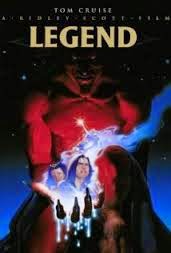 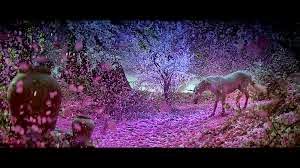 The lighting effects of the movie, the shadows and even the beautiful fairy forest scenes always appeared like something out of a dream. And i think I saw this at just the right time and place and it buried itself deep within my psyche of what a fantasy film should be.
I re-created a module for two friends back as a high school kid where we essentially entered the Great Tree and attempted to free the Unicorn and destroy darkness, but fortune was not in our favor. As a result, it was our party's "Tomb of Horrors" and none save a very small few made it out alive.
I always wanted to re-create a true rig table top miniature in the proper size for Darkness, the evil villain demon of Legend. 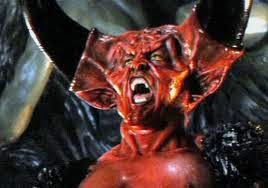 I started with the Reaper miniatures greater demon and gently contorted, bent, and shaped him onto a subtle, albeit "first attempt" at creating Darkness. Creating the forward facing horns was easy enough through a bit of gentle nudging of the metal.
Creating the unicorn horn in his right hand was done through removing a single shaft from an actual unicorn toy purchased at a local thrift store and painting in a  golden-hued black to match that of the movie version. 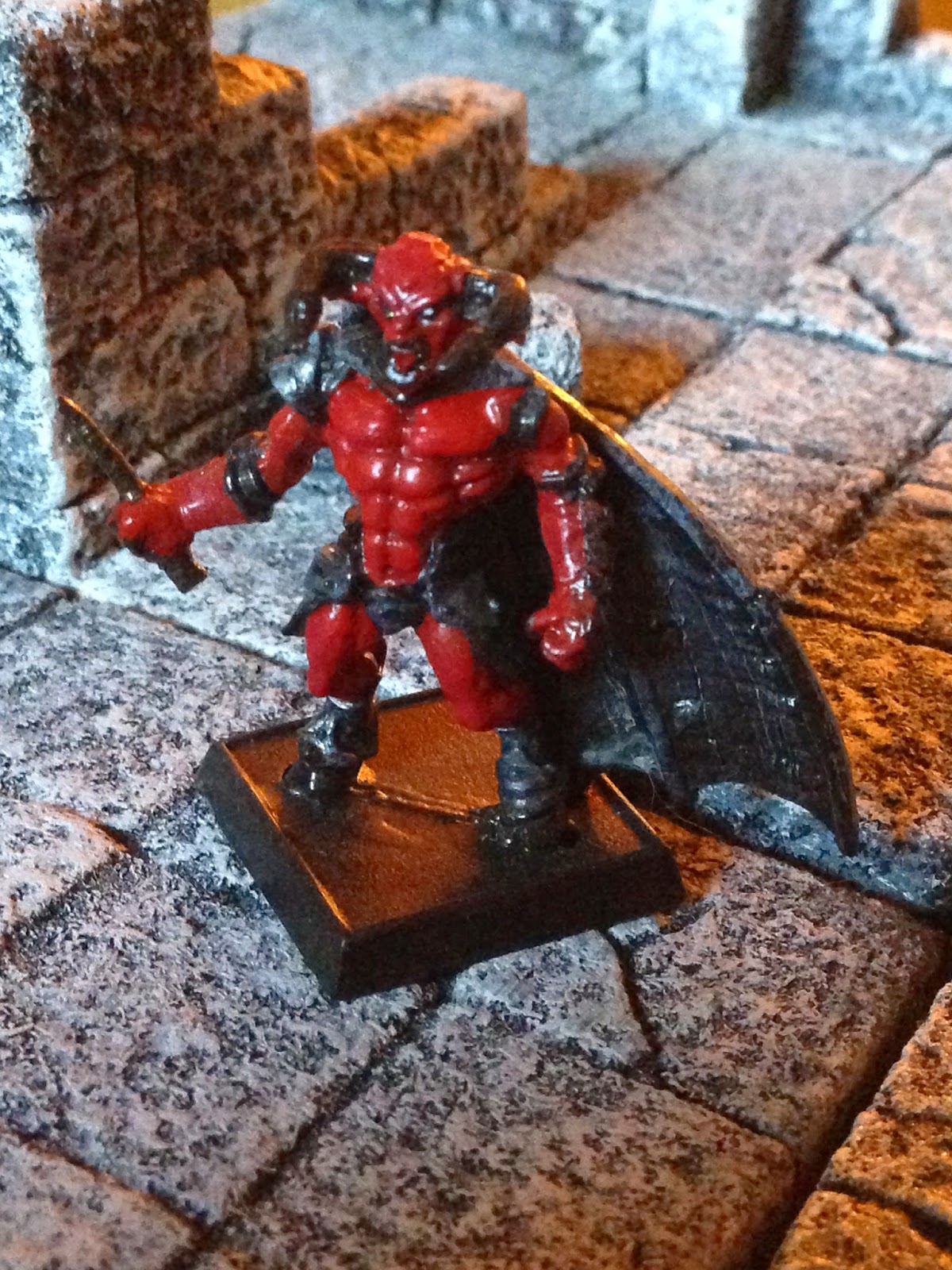 I immediately encountered two main problems, perhaps 3, with finding and converting this miniature into a true replica of Darkness.

First was his size. He really needed to be larger. 30+ mm instead of 25. While Jack from the movie was likely a standard Human or half-elf size, Darkness (played by Tim curry) needed to tower over a standard human miniature. The square Reaper base adds a bit of "eye-height"a s I call it visually on the field, but the miniature itself is still a bit on the smaller side.

The second problem I encountered was the clothing that Darkness wore.
In many scenes he is seen with a form of tattered black leather pants or disheveled armor of some sorts. His long draping black cloak looks to be the leather of some long forgotten beast, but almost had a "wing-like" look to it too. As a result, I went with a draping piece of black "leathery" wing draped over one shoulder. Better than I expected, but not ideal. 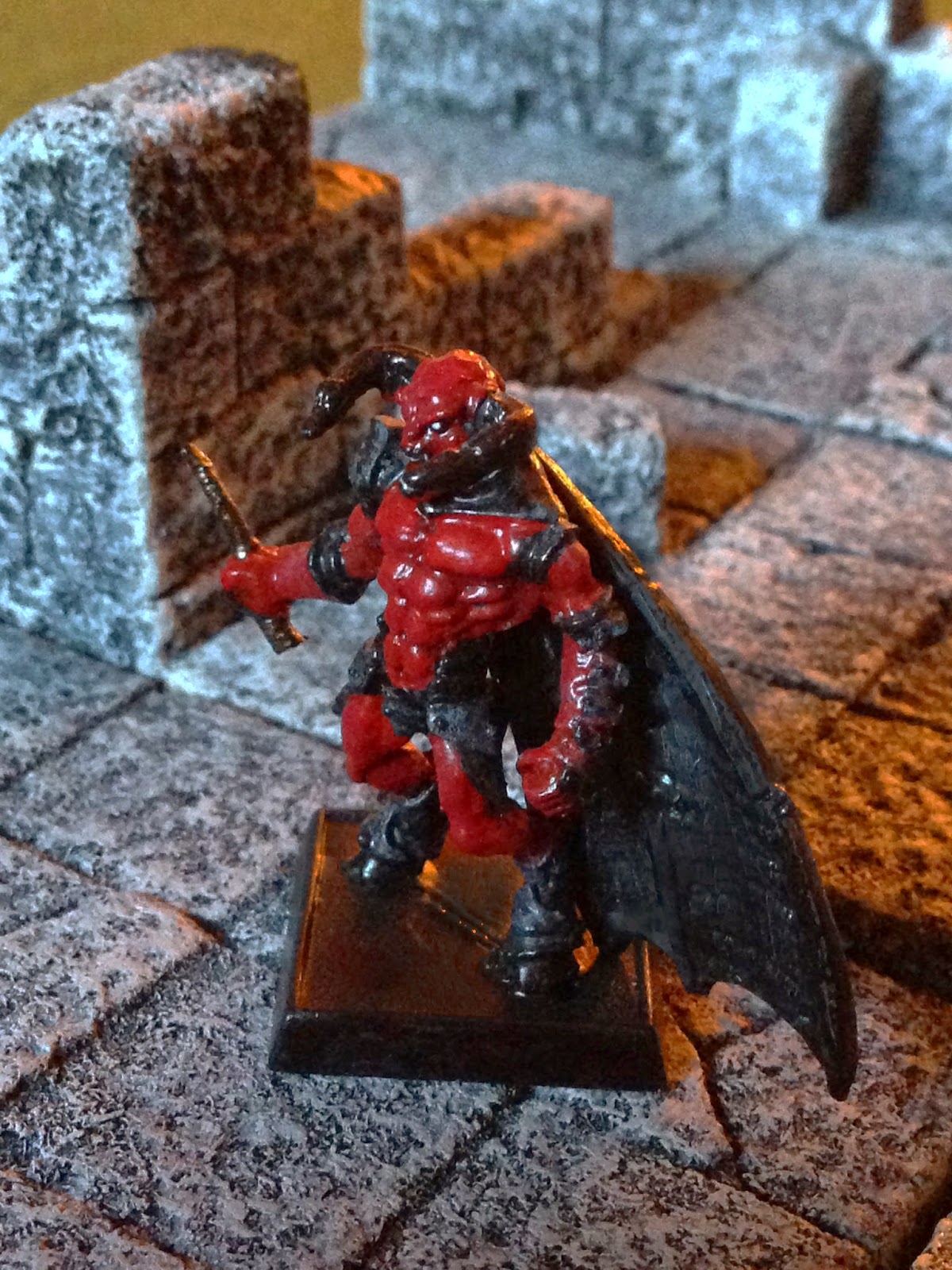 The third problem was the skin tone. Throughout the movie Darkness is seen in a glistening red skin tone. Shiny, sweating, draped in blood, flickering in the firelight.
Achieving this would be relatively easy, BUT....it can also look very poorly painted and finished too.
It lacks the faded mate finish of so many professionally done miniature styles. Purposely making him "glisten" looked almost like it was simply poorly painted, when in fact painstaking efforts were undertaken to ensure that his skin did in fact have that reflective quality but his clothing, armor and cape did not.

All in all, a good representation for an ongoing campaign in the Dark Tree of the land of shadow, but I am constantly on the lookout for a proper D&D/tabletop RPG size Darkness.