There is a scene that since childhood, always captured the essence to me of what role-playing games, and D&D should be, if only in my mind: 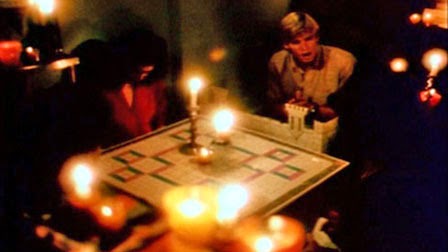 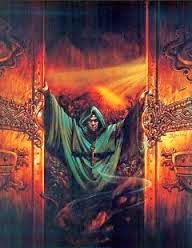 Mazes & Monsters, the 1982 made for TV movie about the "dangers" of tabletop roleplaying. "Deep psychotic needs" of role-players and the "dangers" of Larping (essentially what they were doing before the term "LARP" even really existed...) aside, the dedication of the group, their commitment to story, their costuming, and the candlelight captured my imagination early on. To me...THIS was D&D! A bit of armor, a hooded Dungeon Master (not unlike the cover of the early 80's edition of the Advanced D&D DM's guide-I WILL own that green cloak someday...), candlelight, music, miniatures, mind-altering terrain, and jeweled Dragon dice...these were the elements that when mixed, made up the "potion of transformation" that encompassed my youth.
I think I always envisioned this being the way the greats MUST have played D&D! Surely Gary Gygax, Tracy Hickman, R.A. Salvatore, and even Ed Greenwood MUST play D&D like this, right? THIS was real Dungeons & Dragons! This was what it must have been meant to be like! To truly feel you are propelled into another world through the moving of those peculiar dice and small miniatures, and cursed psychological damage and deep psychological needing be damned! I didn't care! To have a group of friends so close and so intimate that you REALLY could step out of yourself and become that character for a while...that would be truly grand. To find that as an adult, with other like-minded devoted players...heavenly. 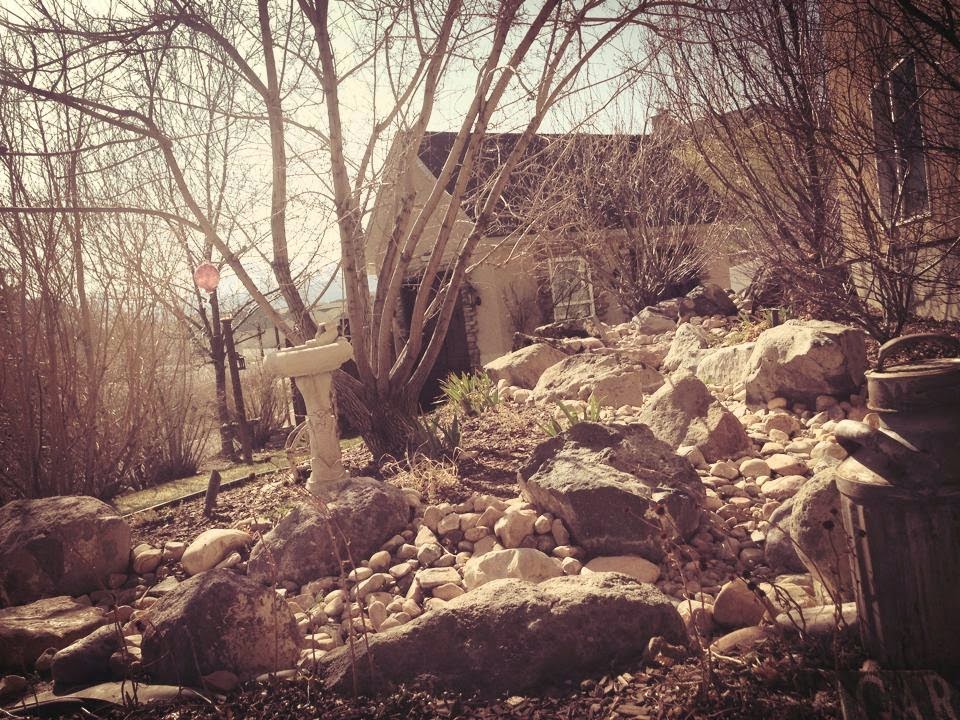 Needless to say...I have never found any others, much less adults, with this form of "imagination" or "devotion to the craft" that is both role playing, AND storytelling. Someday I hope to. Someday I hope to truly start a traditional Dungeons & Dragons gaming CLUB, just a club. Not a store, not a board game group, not a drinking group, not a hang-out group. A true, committed Dungeons & Dragons gaming CLUB. In preparation and anticipation of someday seeing this goal made a reality, I have even built a full-scale medieval european styled "guest house" of sorts on my homes outdoor property. 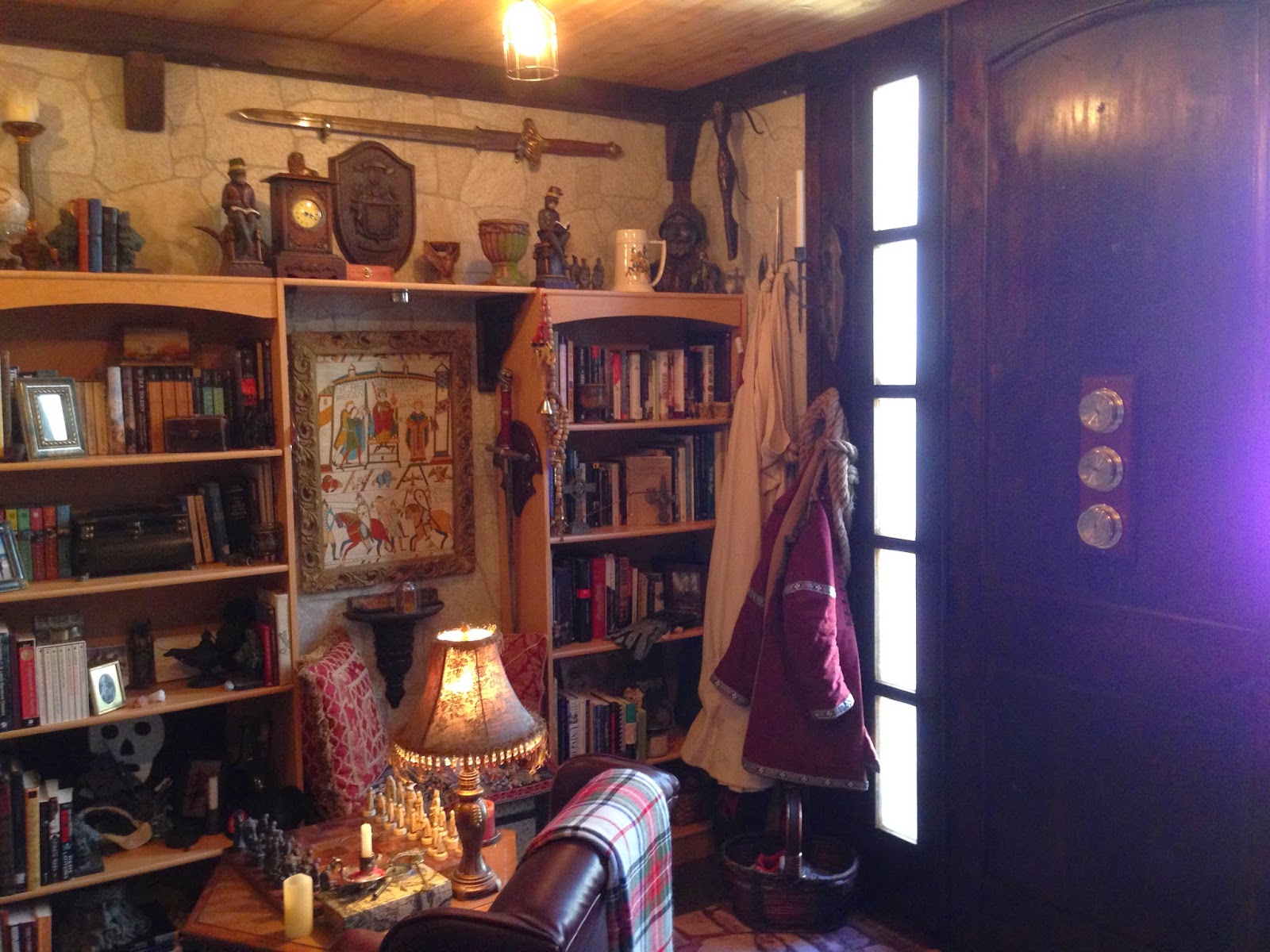 It is of course still needing a proper game table, and the majority of the game storage is in the loft tower room above, but the inside has the exposed beams and inner workings of the potential to become a great place for long hours of imaginative gaming. From old swords, to Edison bulb lighting, candles, props, books, and numerous pagan states, crystals, totems and idols from around the world, the "name to be determined" gaming club will hopefully someday be a reality. 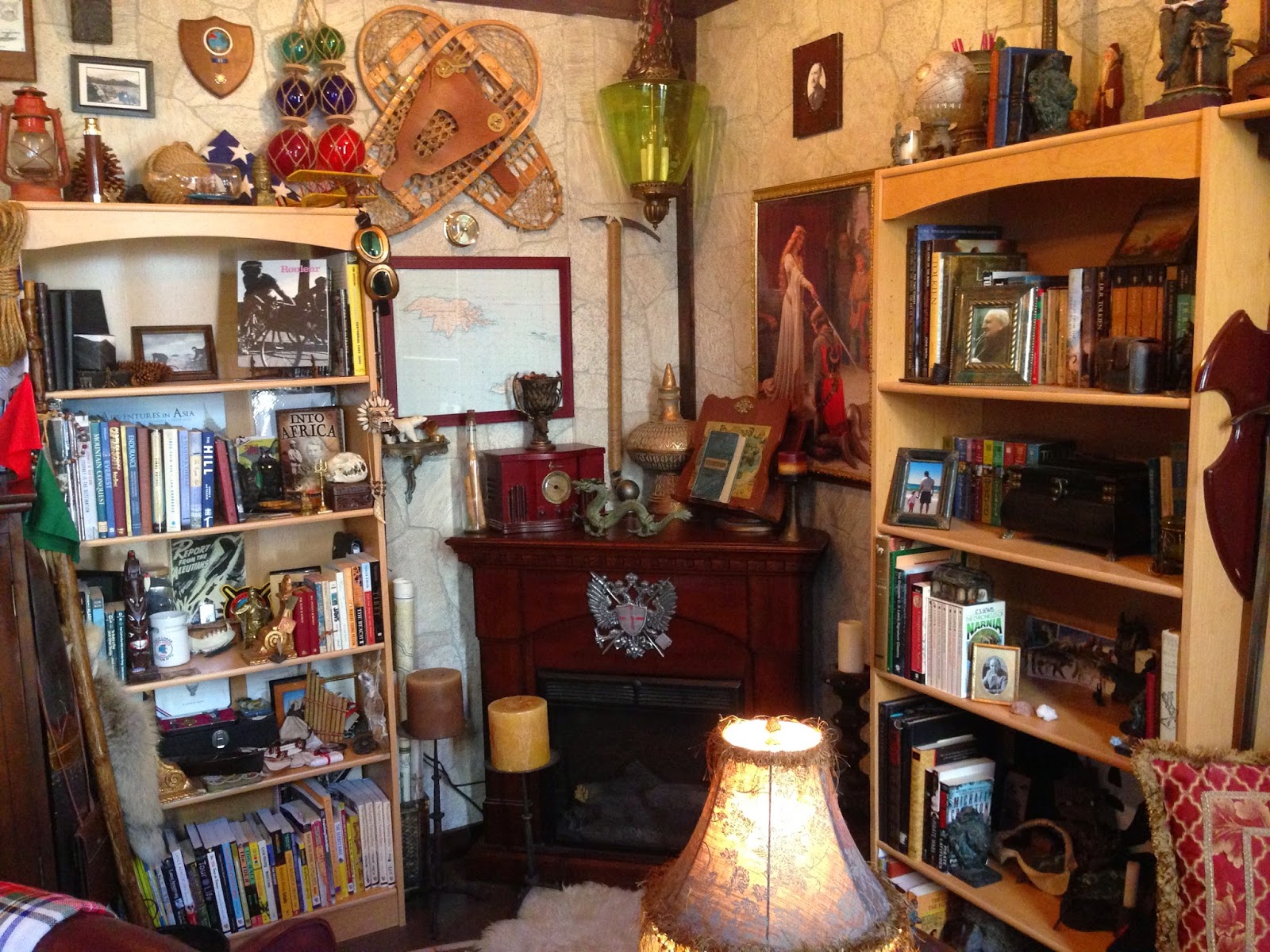 But beyond this, there remains the question of where does the line between table-top role playing stop and LARPing begin? I believe the line is much closer, or can be, then it currently is.
The real question is...are there any others out there that think this?