A bit of Treasure, Cauldrons of Jewels, and Barrels of Evil 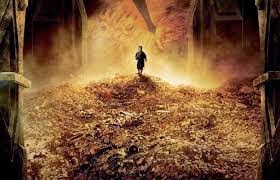 Depending on which artists rendition you prefer, be it Peter Jackson's (above) or J.R.R. Tolkien's (below), Smaug's Horde was a fairly sizable amount of wealth.

Sometime ago I set out to create a tabletop roleplaying terrain version of a massive treasure horde (Smaug's Horde!) akin to a smaller, more "portable" version of Smaug's. 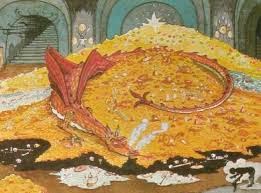 Without an entire set of Dwarven Forge or similarly fantastic and awe-inspiring miniature terrain, there would simply be no way to capture a literal "room" filled with treasure...although I have something "brewing" in the works to do just this...future material for this blog for sure. 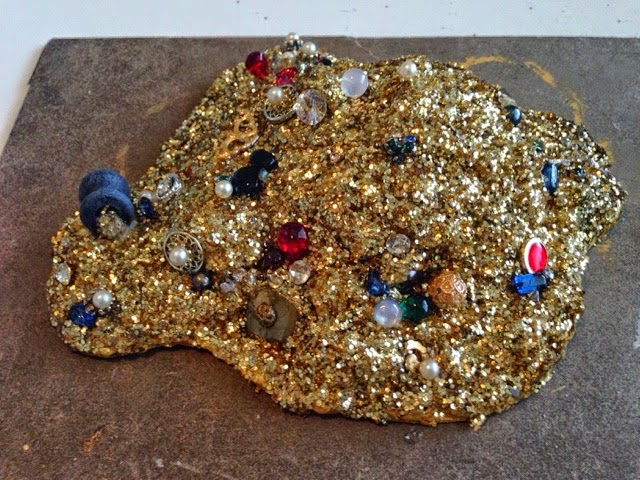 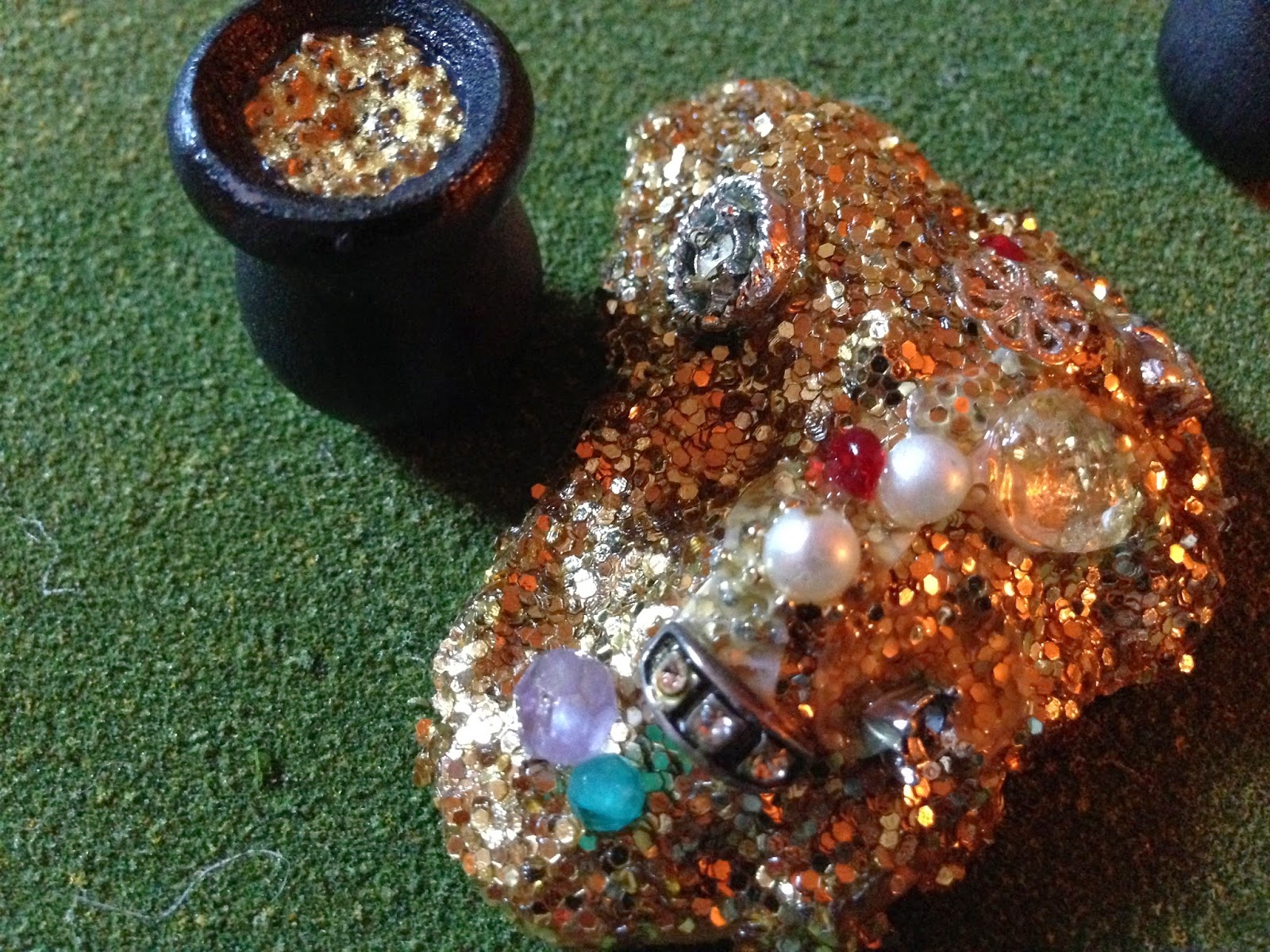 After creating the Smaug's Horde project, I was left with a bit of extra epoxy, and opted to make a smaller more "believable" treasure pile. After all, if EVERY time players saw this same miniature as the token "treasure pile" it would quickly lose its splendor and the "curse of the dragon sickness upon this great horde" would fall victim to it's own splendor and eventually be for naught. Not to mention the great task at constantly adding up all the experience points, jewels, weapons, magic items, and coinage that every player would suddenly have from constantly finding such a massive horde.
This was done much the same as the larger horde, but with a much smaller pile of epoxy and less large-scale wondrous items. Costume jewelry still provided the majority of the light-catching splendor, along with a  few glass beads, and of course, the token "gold circular glitter of doom" which made for perfect 25mm gold coins. 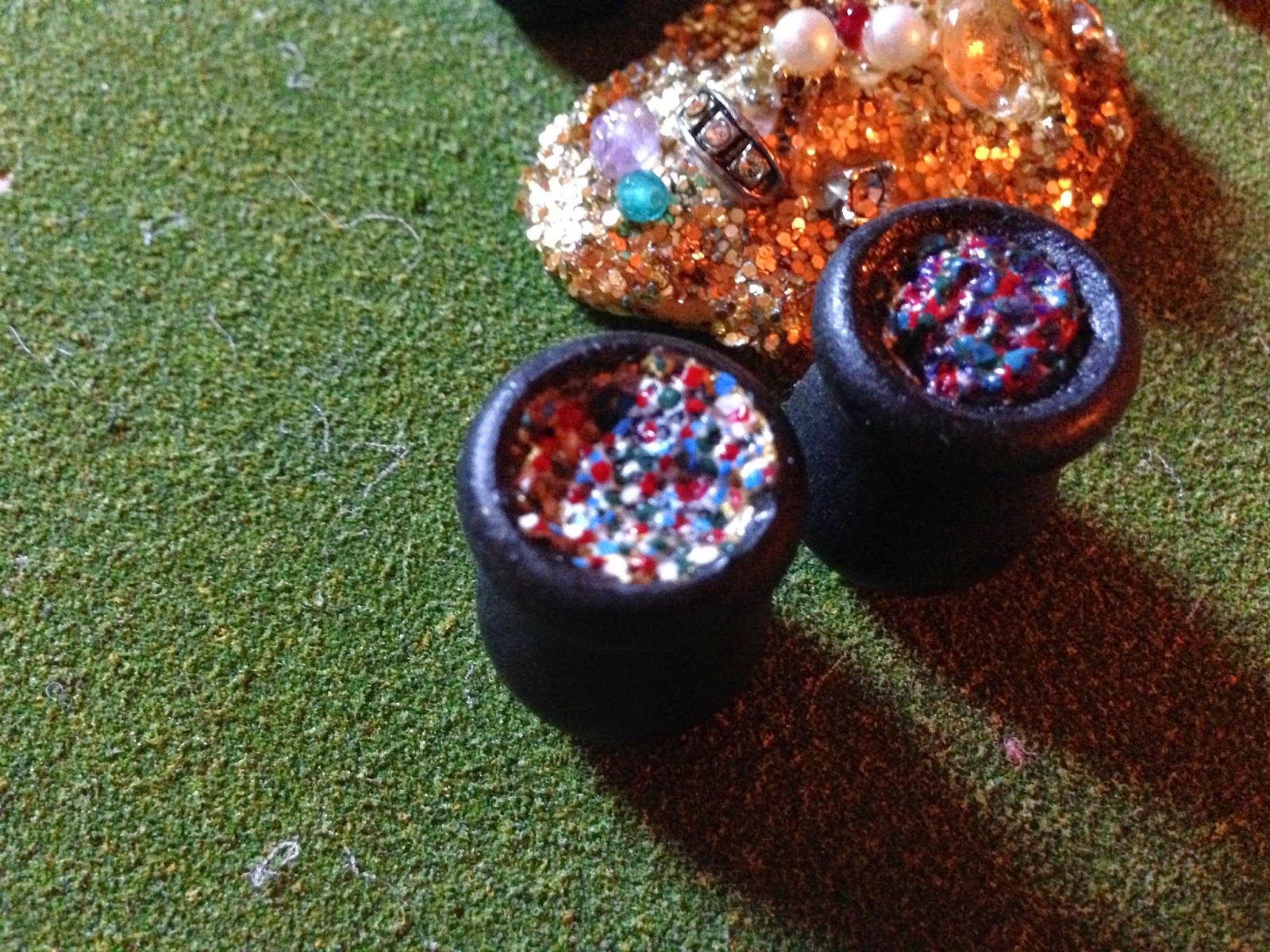 But a true stolen dwarf horde should be far more than just gold coins and jewels the size of grapefruits (25mm grapefruits that is...). Cauldrons of jewels, gold, silver, and gems needed to be added in massive overflowing loads to truly capture the mens of awe.

This was done by first injecting epoxy into the open wooden cauldrons (A pack of 12 was $1.99 at Hobby Lobby, unpainted solid wood), then before drying, piercing the epoxy in hundreds of small holes with a small metal tool. I use a set of old walnut cracking spears, as these have a steel end that can easily be sharpened and were found both plentiful and cheap from a local thrift store chain. Once done, I let the epoxy dry, and bean dabbing single drops of multiple colors in layers: first red ruby's into the holes, followed by blue and even white for diamonds. 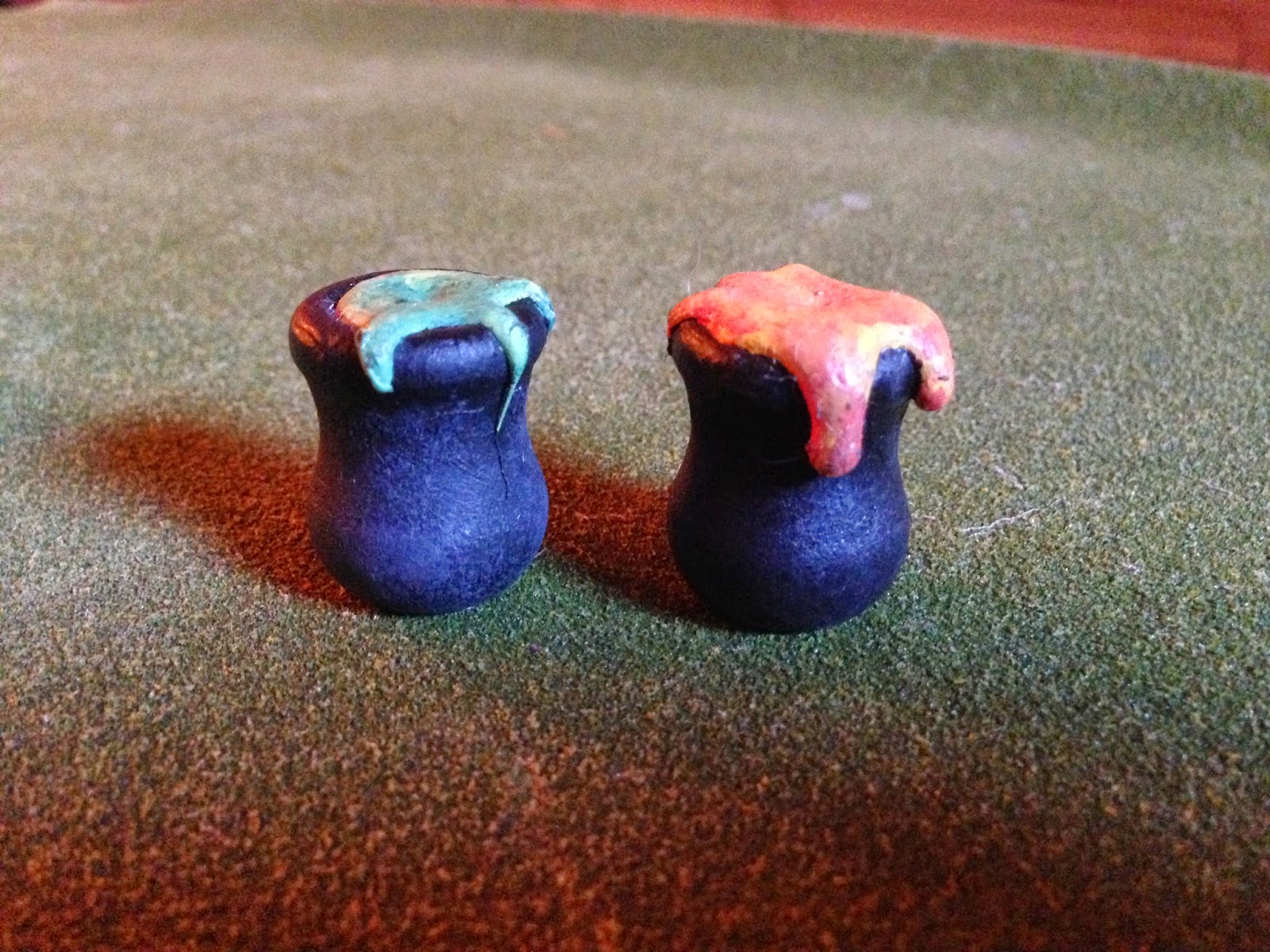 For solid colors, like in vats of gold or silver, I found that piercing the epoxy also worked well to create the sense of "texture," although leaving smooth like "liquid" would also work, giving the appearance of melted gold or silver cauldrons as well. Finally I painted the outside of the cauldrons in a black charcoal color, with a light faded grey stain to give the appearance of weathering and age. And since I was at it...I need a solid flaming cauldron, and of course, one with boiling hot lava and acidic green poison. Perfect for traps, dungeon dressings, and various evil plans. 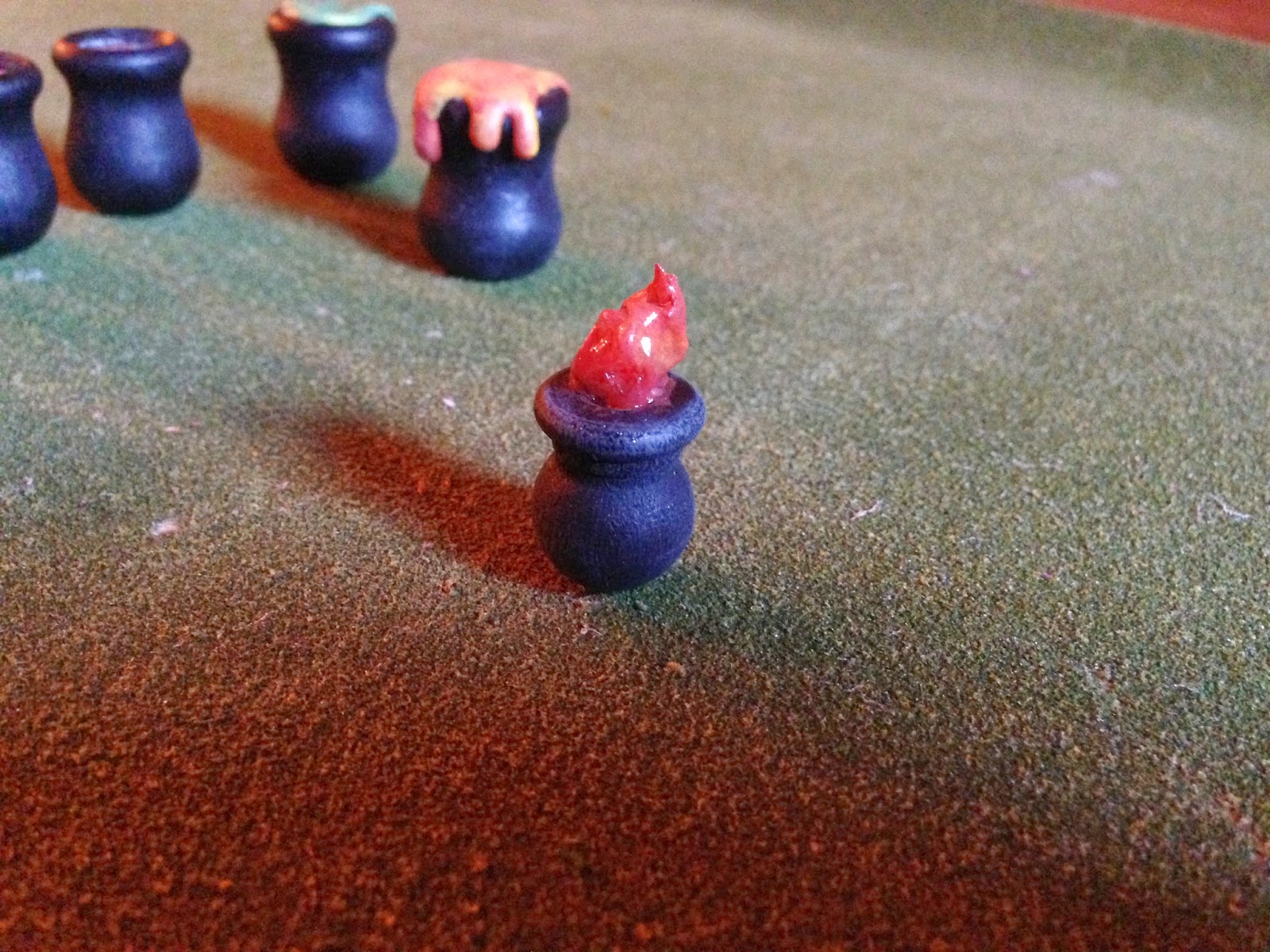 For the fire, the epoxy was allowed to cool in layers upside down, then simply painted in alternating layers of yellow, orang, red, and clear coat gloss.