So this blog is my own personal avenue of creative journalling one might call it. It is often as I can, updated with the REAL purpose of Dungeoneering, which is to highlight creative tips, tricks, and projects for Dungeons & Dragons and table top roleplaying.

But since re-locating to the Western mountains of the Salt Lake Valley, I have found there are not too many D&D only players nearby. It's proved increasingly difficult to find a group that is not only made  up of consistent adult players, but ones that have a more "old-school" mindset as well. 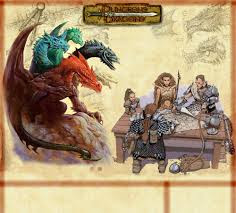 I am not a fan of just playing board games for board games sake. Nor am I a huge fan of Roll20 or Virtual Tabletop applications.  I like the idea of old-school, role-playing heavy and miniature tabletop heavy D&D. I'd even be a LARPer too if I thought I could get away with it, but I have a long history of not meshing well with that hobby. I don't see too many adults heavily involved in that past time either, which is somewhat of a deterrent.

Dungeons & Dragons is truly where my heart is at.
But I am old.
I am not a "gamer." I am a "started with B1, The Keep on the Borderlands, Red Box basic set, watched the cartoon when it was still in syndication" player. 1980s....Not a video gamer who dabbles in RPG's. Not a LARPer who dabbles in table top nor a Wargamer that has stepped sideways into D&D. I am a purist. I'm so uncreative in this regard that I do not even play Pathfinder, much to the shock of many.
Now, there is NOTHING wrong with these other types of gaming nor the people who play them. I just happen to find a sense of simplistic story telling and pleasure from just playing D&D. Now to eb fair, in the past, I have played Star Frontiers, Palladium, Robotech, MERP (Middle Earth Role Playing), 007 James Bond, and Star Wars. And I loved them all. But D&D will always be my first love. 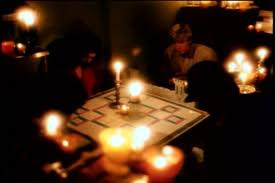 But because I am old, I have slid into being a bit of a Hermit gamer. I am dabbling in solo Basic D&D gaming, but love a good tabletop session. Tough to do with solo games. As a result, I have taken the leap, and singed up for my first official dabble into D&D 5th edition at my local gaming Con that starts this weekend. Of course my hope is that there is somewhere, a "hidden room" that holds old-school style "play by candlelight" and "cloaks required"type D&D games..aka Mazes & Monsters.....the quintessential image in my mind of a good-old-fashioned "cult-like" D&D game.

While it may not result in the "cloak wearing play-by-candlelight-type cult gathering" I would love, it will hopefully, at the very least, be a riotous good night of gaming. And who knows, maybe somewhere, hidden in the mist shrouded forested hills of Western Salt Lake cOunty, perhaps there still exists others with this same old-school mindset.

On a side-note, this is one of the first years I will not be entering any of the Dungeoneering
Time will tell...