11 HOURS IN THE DUNGEON!

I had been waiting to play a TRUE game of 5th edition since it's inception.
In the mountainous region in which I dwell, there are not too many game groups, and especially  D&D 5th edition game groups.

Oh we have Pathfinder of course, the table-top inception of bad comic book art and murdering-hobo role playing where anything goes...but no true to the core D&D groups. Hopefully that will change.

Finally, at this years Saltconn convention I was able to get my fill...and then some. Thanks to the Wasatch D&D Adventurers League and some great folks from my LGS, Mystic Hobbies!

11 straight hours of D&D and I loved every minute of it.
But there was an even more virginistic (if thats a word) catch I placed upon my new baptism into 5th edition: 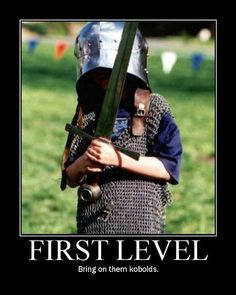 I started at level 1.
Really.

Level 1. By the book, level 1. Not a single GP more than what I rolled. Adventurer's League stats, adventures League guidelines, armor, you name it. Everything was as simple, clear, and start-from-scratch as possible.

Most of the players were there with power-gaming 7th level plus characters. Wether they started that high or not is unknown, since much of the D&D Adventurer's League characters are run on the honor system, which is great.
Now, they did not indulge us to the point of adding in Dwarven-Forge-style 3D terrain or anything, but thats ok. The DM's did a great job, the mapping was good, and the use of freestyle miniature movement was such that when I remember back, I almost forget there was NOT terrain!

And THAT is the sign of a good DM! What I remember is Having a FANTASTIC time! It felt like when I was a kid! It's like that feeling I had when I exited the theater of the Force Awakens, or the first time I got off Star Tours.  Adventure. excitement. And at the same time,a  happy, simplistic, creative innocence. 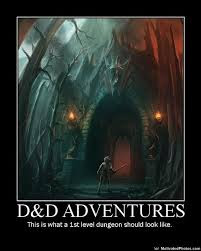 Granted, this IS what a first level dungeon should look like. And here's why. New players need to be brought into the idea of this same exact feeling. If they can not find the hook to empower their own imaginations, whats to keep them from relying on a video game to do it for them?  If the dungeon can not be a 3-d massive diorama of immense imagination-capturing proportions thats ok, but the descriptions there in need to be!

We played the very first starting adventure on the Lost Mines series.
The D&D ADV L volunteers were from various shops, but the one who ran a couple of adventures for me was from a great shop located outside of Salt Lake City here, called Mystic hobbies (www.mystichobbygames.com), and I can not thank these guys enough for bringing me back with such vigor, friendliness, and enthusiasm.

I was familiar with this first level module for D&D 5th edition already,  as I'd actually already read most of it, but somehow, they still made it fresh and new. I could not believe how nervous Iw as as a first level player...stepping into the dark woods to pursue what part of my psyche told me was "just goblins!" It's amazing how vulnerable you feel when you look at your character sheet and see only "10" under HP....gulp.

I knew we were going to be escorting a wagon through the forest and that a Goblin sneak attack was imminent. To be fair, I never would have, as a 1/2 Elf Paladin Outlander, allowed our troop to blatantly walk right through such a narrow crevass without first sending scouts up and around the cliffs, so the Goblin attack would likely have been avoided had we had 3-d terrain. This was, no surprise here, just asking for an ambush.

But regardless....It was the best time playing D&D I have had in years. 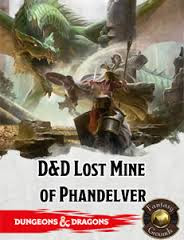 It brought back memories of playing my first game back in 4th grade. A botched version of some friends older brothers game of the Keep on the Borderlands. It brought back memories of the Dungeons & Dragons Endless Quest books, like Dungeon of Dread by Rose Estes.
It made me miss my friends.
It made me miss my youth.
And yet, it made me feel inexplicably connected to it too. More so than I have in years.

11 hours of geekiness.
And I loved every moment of it.
Like a time machine...thanks Wizards, thanks Wasatch Adventurers League, and thanks to Mystic hobbies for what I hope is the first of many many journeys to come.... 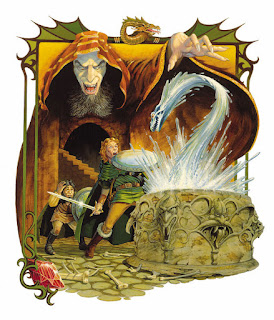