Sci-fi terrain (Star Wars, Warhammer 40K) is TOUGH!
It hurst my brain...like algebra or 9th grade math. My modeling style naturally falls into forests and caverns and crystals and trees and mountains and all kinds of organic creepy crawly shapes and forms.....
But not angles, lines, boxes, widgets, buttons, and "greebles" as I've heard them called before (small accents that look like they have a function but in reality, do not). 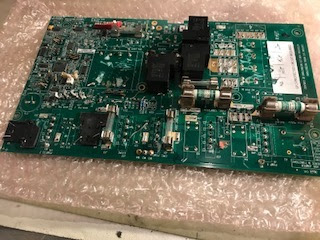 So in creating Sci-Fi terrain for Warhammer 40K and Star Wars RPG use (although I do not currently play SW RPG, but would someday love to...), I found it tough to make the mental switch from one genre to the next.
I needed help. a computer. Or maybe just a broken jacuzzi motherboard.

This turned out to be just the inspiration I needed. I had no problem coming up with "shells" that looked like they had "futuristic potential," but it is the small fine details that made the difference. And this old leftover piece from replacing a jacuzzi spa heating system was perfect.
Wires were used throughout as well, cut and shaped, and even the ends made for interesting lines and edges to give each part character. 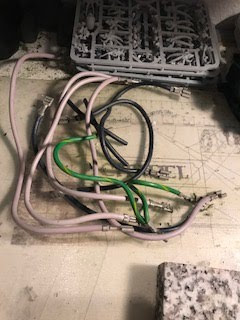 Ion-Relay Pipe:
This was made from a  heavy base of actual brass pipe, with various small parts scavenged from sprinkler repair.
I added the white plastic ring at back (the inner workings of a fake (I hope) TAG Huer wristwatch (purchased for $3 USD on some Bangkok street corner), a small wrap of wiring on the front, and a nozzle from a foam fishing bobber cone, inverted and screwed into the plastic gray pipe.

Bits were added to the top from cut wire ends, small beads, and even a few plastic bracelet pieces from my daughters nightmarish craft horde. Small white side pieces and base bits were ripped from the circuit board, all of which I am far to dumb to identify...but they look great when primed.
Edges, small holes, squared lines, and architectural structure that implies meaning or purpose beyond the need to understand. 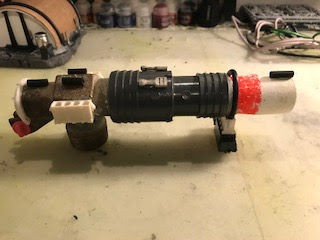 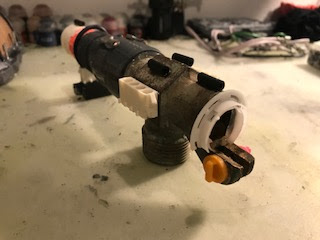 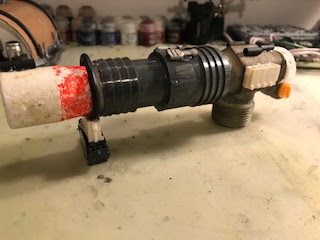 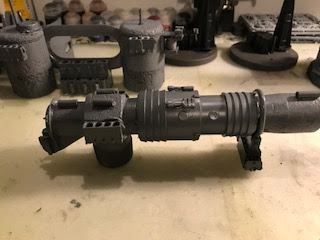 Fusion Relay Station
This one turned out as the biggest surprise thus far.
I threw this together with extra parts thinking I'd just see how it turned out, and it's ended up being one of my favorite.
I started with two round foam fishing bobbers, and inserted simple coffee straws as antenna into the top, giving each a different height for some visual depth and detail.
I then fixed a small brown ring handle from an old cardboard shipping box in between the two, cutting a slit into each foam side, and creating a form of "window" or control screen.

Once I added the small circuit pieces and battery parts to the top, sides, and front panel of the base, it started to take on a very 'functional' look, as if each piece has a purpose, we just are not entirely sure what it is. Thats the essence of a good greeble I think.
When primed, the foam takes on a  slightly pitted look, giving it the finish of old plaster, sandstone, or stucco.
Perfect for a desert or deteriorating structure on some far away world. 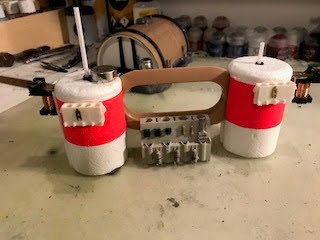 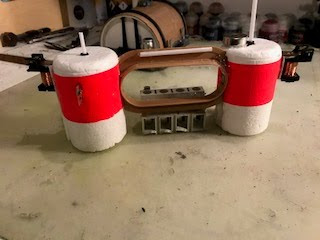 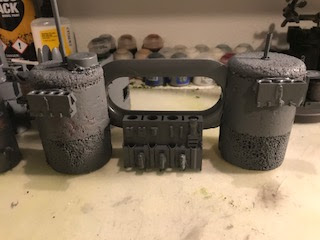