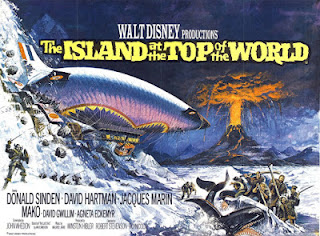 So I originally wrote about a project a while back that I started titled Where the Whales Go To Die, based off one of my favorite movies, The Island at the Top of the World. (http://creativedungeoneering.blogspot.com/2016/03/where-whales-go-to-die.html)

This was a fantastic movie done by Disney back in 1974 with a lot of advanced special effects for it's time, but it really captured a love for all things "arctic" and especially, for classic adventure, travel, mountaineering, and even Vikings and 'Killer' whales.
I never did a follow-up to this project though to show the finished product, which I think turned out not half-bad!

I started with a toy Orca, and wanting to give the illusion of it coming out of the water, cut it in half. I created the base with a thick card-stock base and a platform of sculpted hot glue. This is done by allowing the applied hot glue to cool just slightly while sculpting the glue into the shaping desired. 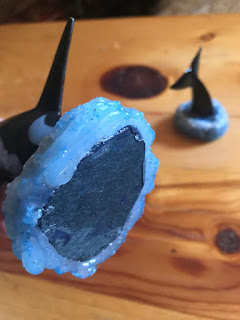 After I started to get the base shaped right, I sunk the Orca's top half into the base, and continued to apply. This next crucial step is what really creates the sense of 'frothing foam.'
Wanting to replicate the scene from Island at the Top of the world where the Orca's that guard "The Place where the Whales go to die" is covered with an icy foam and misty cold arctic water, I added a dab of Gorilla glue to the still warm hot glue.
The chemical reaction between these two creates a beautiful (if not slightly over-abundant and out-of-control if not watched!) foam. This created a textured foaming circle of splash around the base of the whale as it crests out of the water, just as in the attacking scene from the film. 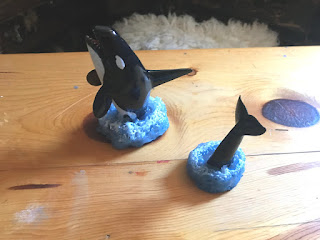 Loving these beautiful creatures I feel it imperative to emphasize here that these are designed for fictional table-top roleplaying of course, and that there are no recorded attacks of Orca's guarding "the Place where Whales go to Die" (that I am aware of).


(See a brief sample of it from the original film here:
https://www.youtube.com/watch?v=bh lOekZYMk- 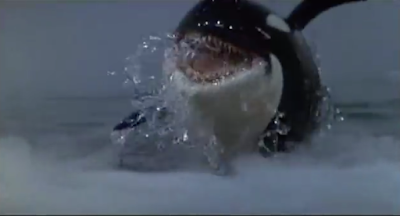 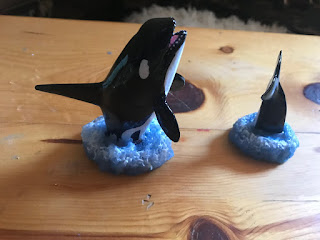 Following the same technique for the fluke, allowed me to both create either a ridiculously large single whale (unlikely) or two whales that could technically be used for an ocean-based encounter simultaneously.

A similar base structure, and frothing technique was used allowing two natural encounters to be created from one single miniature. 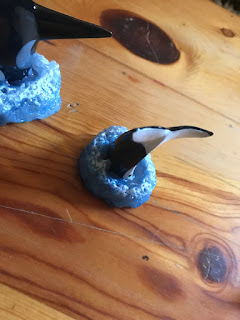 Creating the underside of the whale was a bit more tricky as I wanted them to look natural (no "made in China" lettering" and yet scarred up and aged, like ancient creatures of legend. Matching the coloring of the white was tough, but adding a "gloss" look of being 'wet' was even tougher without the plastic looking too shiny. 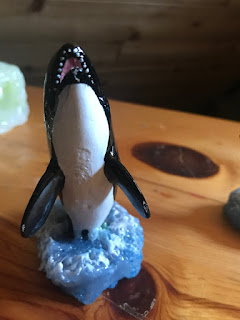 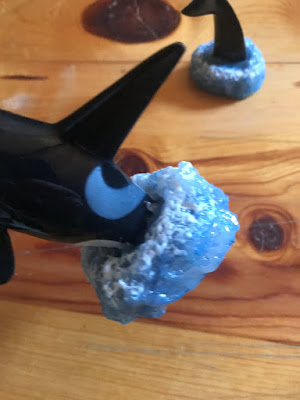 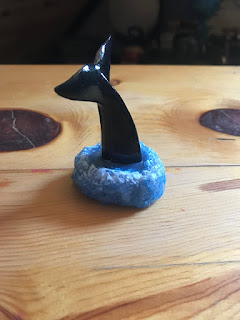 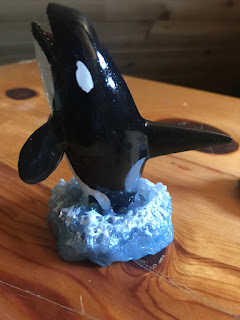 All in all one of my favorite custom-made pieces. This has yet to eb entered into a contest as many of my other Creative Dungeoneering pieces have, but will likely be competing in a custom-made category this year at the SaltCon gaming convention: