Solo Role Playing in a Galaxy far far away

So the solo role-playing experiment continues.
And with the addition of the Mythic Game Master emulator, I started thinking about playing a solo version of a role-playing game I always wanted to play but never had the chance: Star Wars. 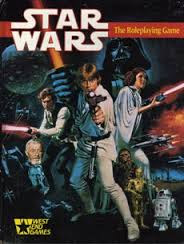 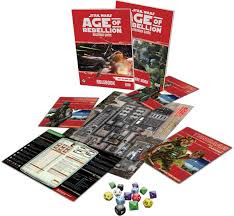 I owned the original West End Games version of the Star Wars Role Playing game years ago, and loved it. I loved the source material, the simplicity of character creation, the artwork, all of it. But I have enough trouble finding a group to play simple D&D, much less Star Wars. so being the introverted, secret geek that I am, it never saw much use. Sadly, I eventually sold everything, including the multiple source material accessories I had such as the Light Saber dueling Pack, the Star fighter Combat war game, and the Alien Races, and Imperial Source books.

But with the new Age of Rebellion set from Fantasy Flight Games, I'm giving this another whirl with the inclusion of the Mythic system. time will tell.

In the interim, I did delve into two West end Solo Modules:
Jedi's Honor and Scoundrel's Luck, two solitary adventures as West end called them, that suspiciously, required no rules, dice, or character sheets. 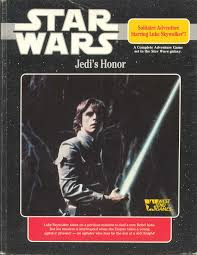 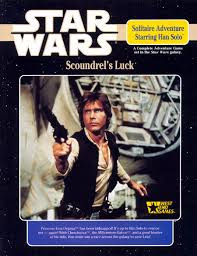 Wait....how are these RPG Solitaire adventures without an individual character, dice, or a rules set?
Well....that's the thing....they're not.
They're not role-playing games at all. At all. Not even a little bit. They are glorified (and by glorified I mean simply longer sections with deeper storylines) "Choose your Own Adventure" books. 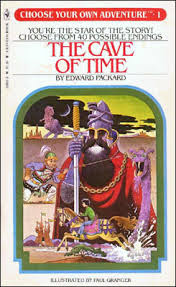 My very first Choose Your Own adventure was #1, the Cave of Time. I must have read this thing a dozen or more times. But it was essentially, NOT a role-playing game. You picked from two decisions, and turned to the appropriate section. That was it.
Even Dungeons & Dragons had a more advanced version, at least involving dice and a character sheet: the TSR Adventure Guidebook Series.
I even had a player character based on the one from my first book, Jadd Hachen, the Prince of Thieves. 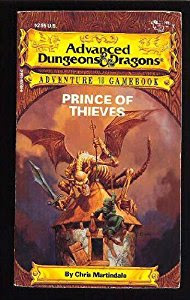 Lastly, the one I enjoyed the most that was most similar to an actual role playing game, but still, in it's essence, a "choose your own adventure" was by Iron Crown Enterprises, the Middle Earth, or MERP (Middle Earth Role Playing) series called Night of the Nazgul. I even had the second version, The Legend of Weathertop. these, as a young 10 year old were everything I wanted! they even included a map! 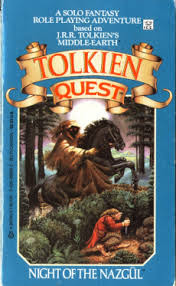 I remember thinking how I was "almost like a real role player because I was now using a map, and one with hexagons too! not just square graphs! 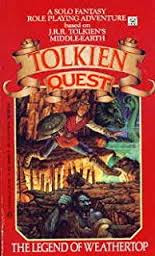 The character creation was more advanced, the mapping feature corresponded to specific areas (from what I recall) and the artwork on the covers felt so "old" to me, even back in the mid-80's. There really did take me away to Middle Earth. 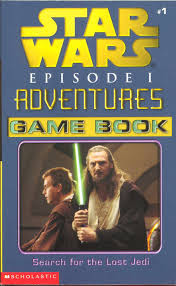 Now...to be fair, I have not played the similar versions for Star Wars, the Star Wars Episode 1 Adventures Game Book, and I know very little of these. Mostly because they were centered around episodes 1-3, the VERY worst of the worst in terms of Star Wars mass-advertising, commercialization, over digitalization, and generally watered-down, bad actor crappiness.

But I did expect more from the West End Games versions.
I was sadly, very disappointed.
These were essentially, just choose your own adventures. Long, detailed or call them "thought provoking" as the back cover insists, but they were just long...and in the end, nothing more than a plain-old Choose Your Own adventure book without the need for decision making, real chance, random dice rolls, character interaction, or imagination and application of creativity.

While I hope that the potential for good Star Wars solo role-playing may come to fruition with Age of Empire, for the time being, TSR, and Basic dungeons & Dragons still seems to ahem the most adept and detailed versions of solo RPG's.

So off to BSolo it is, and the investigation into The Ghost of Lion Castle.... 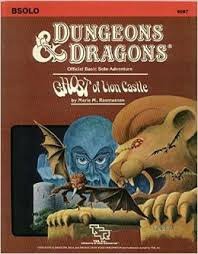