Into the Lonely Realm

The expedition into the realm of solo-roleplaying continues.
This time, with a series of additional resources and tools to make the experience even more immersive.

On table Top Terrain...
As if conducting a rewarding solo RPG experience was not challenging enough, I am adding an additional element to the gaming experience: 3D terrain.
the first question one may have is, why?

As I have discussed in this blog previously, my ideal RPG scenario would be one where miniatures, terrain, sound effects, smells, lighting, and especially, small elements of dress are incorporated into an immersive D&D experience. Think hooded cloaks, candles, and bits of shiny armor around the table, all while rolling peculiar dice and moving small miniature representations of each character.
Like a scene from the nostalgic anti-RPG movie Mazes and Monsters, I dream of DM'ing a game where we refer to each player only as their character name, and really, I mean REALLY, immersing each player into the game in any way possible.
Since finding a group so over-the-top immersive seems a nearly impossible task, Solo may just perhaps be the best form of D&D for me.
And a crucial element of this is terrain. aided by the fact that I passionately love the challenge of creating terrain in 25-28mm scale for any number of possible encounters and areas. 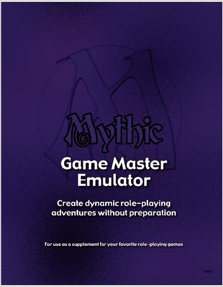 Terrain is created on the game board as the adventure is undertaken, and removed as my character moves through the module or dungeon. Therefore, a full dungeon is never really seen in whole. This is more a task of necessity due to the mass amount and type of terrain that would be needed, but it also works in practicality as well; again, immersing me and thus, my character, into only what can be immediately seen in my field of view.

New Tools for immersive Solo Adventuring...
In addition to acquiring ALL of the Original Dungeons & Dragons Solo adventure modules (see previous post), I have also begun delving into the application of the r, which in it's first few pages, seems absolutely perfect for my needs.
The Mythic Game Master Emulator fills the gaps where Solo roleplaying requires some random chaos and unknown activity.

But to add to this, one need look no further than the myriad of available random generator charts present in the references of the AD&D Dungeon Master's guide and the next tool I have found recently, Tricks, Empty Rooms, & Basic Trap Design by Courtney C. Campbell.

I ran across Courtney's work at the Hack & Slash blog, a fantastic resource I've used ever more in this ongoing quest for solo RPG Nirvana. http://hackslashmaster.blogspot.com

Here is the interesting part: I am finding that there are so many resources, and so many great options available to the truly dedicated (and imaginative) solo role player, that its begun making me question the desire to try and coordinate, convince, bribe, and plan for players at all.
Is it really any more enjoyable to go through the scheduling hell of committing players to a  consistent campaign and then trying to get the ones who want to play in the manner I do anyways, than just developing a really, really good system for solo play?
Thus far, no.


And like the immortal "Paladin in Hell" image, perhaps lone questing is best anyways. Especially for a player/DM that loves Paladins.... 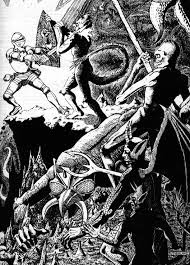 Long live the solo crusader deep in the catacombs of the Underdark.
So off I go... 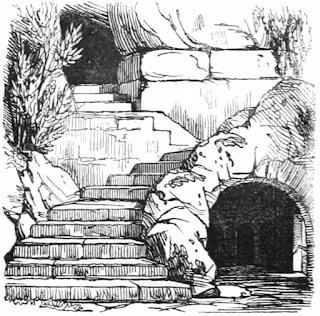