So after a fitful few hours sleep I returned to the project to finish this up today. Or last night, er...early today. 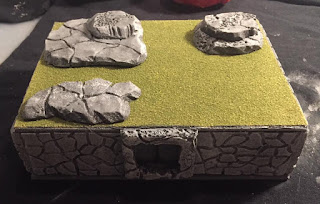 I started with finishing the stonework for the outside top portion of the tomb, which was set over a small patch of pre-molded static grass. I opted to make these a bit lighter than I originally intended. Sometimes my 'world' seems pretty dark, and I wanted this to almost have a starker, whiter, high-mountain granite look in contrast to the green grass, so a bit of gray acrylic over the foam, followed by a black wash, and a dry-brush of lighter moonlight gray gave them a nice alpine look.

I then moved onto highlighting the stonework on the outside lower portion of the tomb, along with designing the doorway, or appearance of a doorway when the lid is closed. I went with a simple stone looking black line, followed by a couple of "semi-glowing" blue runes, but I have mixed feelings about these in their final stage.

Moving to the inside, additional shading and stonework was done to the interior cavern walls, entrance for the dice drop, and on the crumbling cavern stairs. For the interior summoning circle I used the same blue lines, but the simple black scar of a circle looks a little less impressive than I was hoping for. 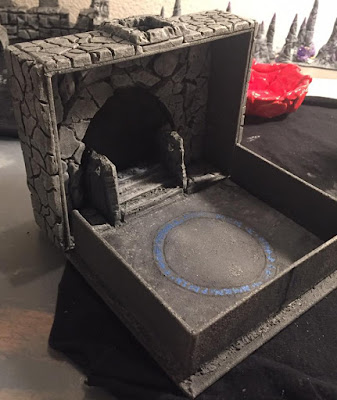 This photo is pre-sealing, so the color will likely pop just a bit with a bit of gloss varnish over the runic letters, highlighting the "glowing ethereal power" summoning something from the dark cavern beyond.

For the dice tower effect, I tested out the placement of the circle first, because I really wanted to create the effect that the dice were "appearing" in the summoning circle. 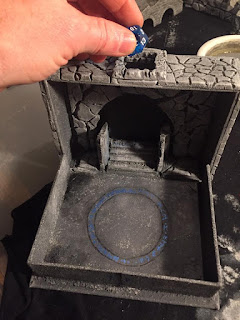 I also looked into creating two different options for the rear "tunnel:" A portal complete with swirling magic, or a simple dark, black, cavern stretching off into the imagination.  In an attempt to always use space as wisely as possible, I opted to leave this as a black cavernous hole. It leaves infinite possibilities and can serve either as an addition to cavern terrain or some form of dark portal. Adding additional features to such a small space seemed to clutter it up a bit. 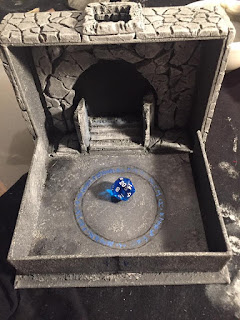 Testing out the dice drop proved fantastic. WAY more than I expected!
Apparently writing "MAY ALL YOUR DICE ROLLS BE ADVANTAGEOUS" in runes did the trick on the first officially completed "test roll:" Natural 20. 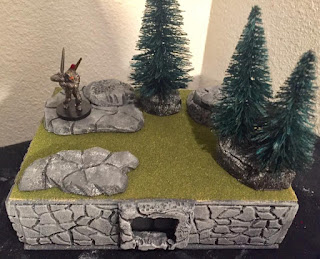 Lastly, adding terrain and scenery additions to the top portion when the box is closed works as a great additional wilderness terrain or even as a simple start entrance to anything as mundane as a single tomb, or as deadly as...I dunno...this tomb..... 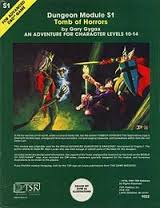