From Tentacles to Crystals to Puddings and Jellys...

This project started as the creation of a form of mold for epoxy tentacles, but quickly deteriorated into scraps of hardened epoxy which made much better stalgmites, especially given the rough green foam residue from the molds.

Once a bit of crystalline purple was added along with a dark wash, the modular forms took on their own life and shape and augment the cave system I use already quite well. As I've discussed in previous posts, I use a purple-gray hue to my underdark modular terrain, and like the flexibility to add and subtract individual piecs as needed.
The epoxy base is added with hot glue in a high temperature mix to a pre-cut fiber board base. The pre-cut crystals are then quickly adheared, allowing the epoxy to 'flow' and 'ooze' as gravity and shape dictate, thus giving them an even more natural look. 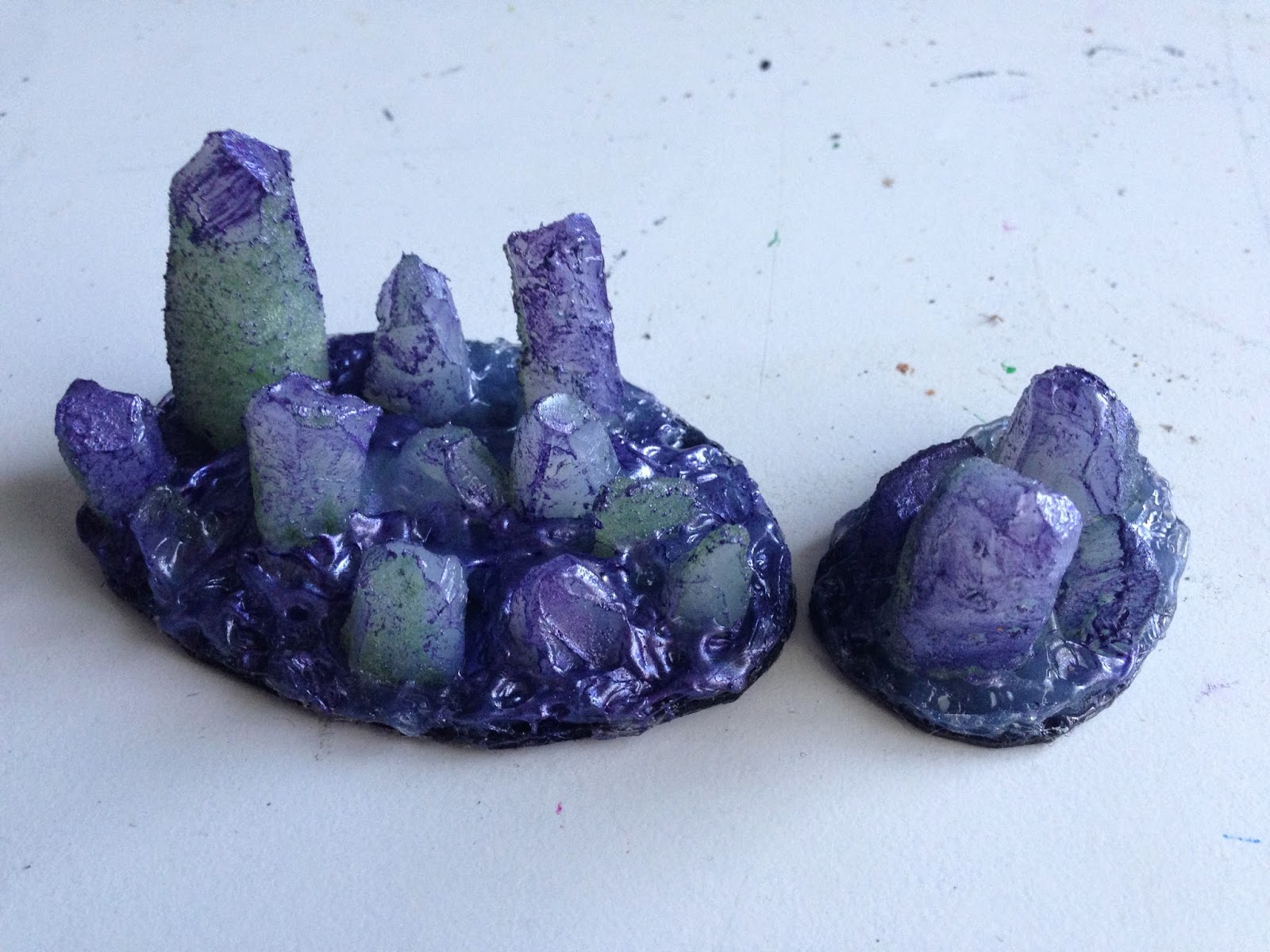 When creating the three segments, I opted for rounded, almost kidney bean shaped bases to give a more natural growth pattern and randomized the crystals to add a sense of realism to the project. 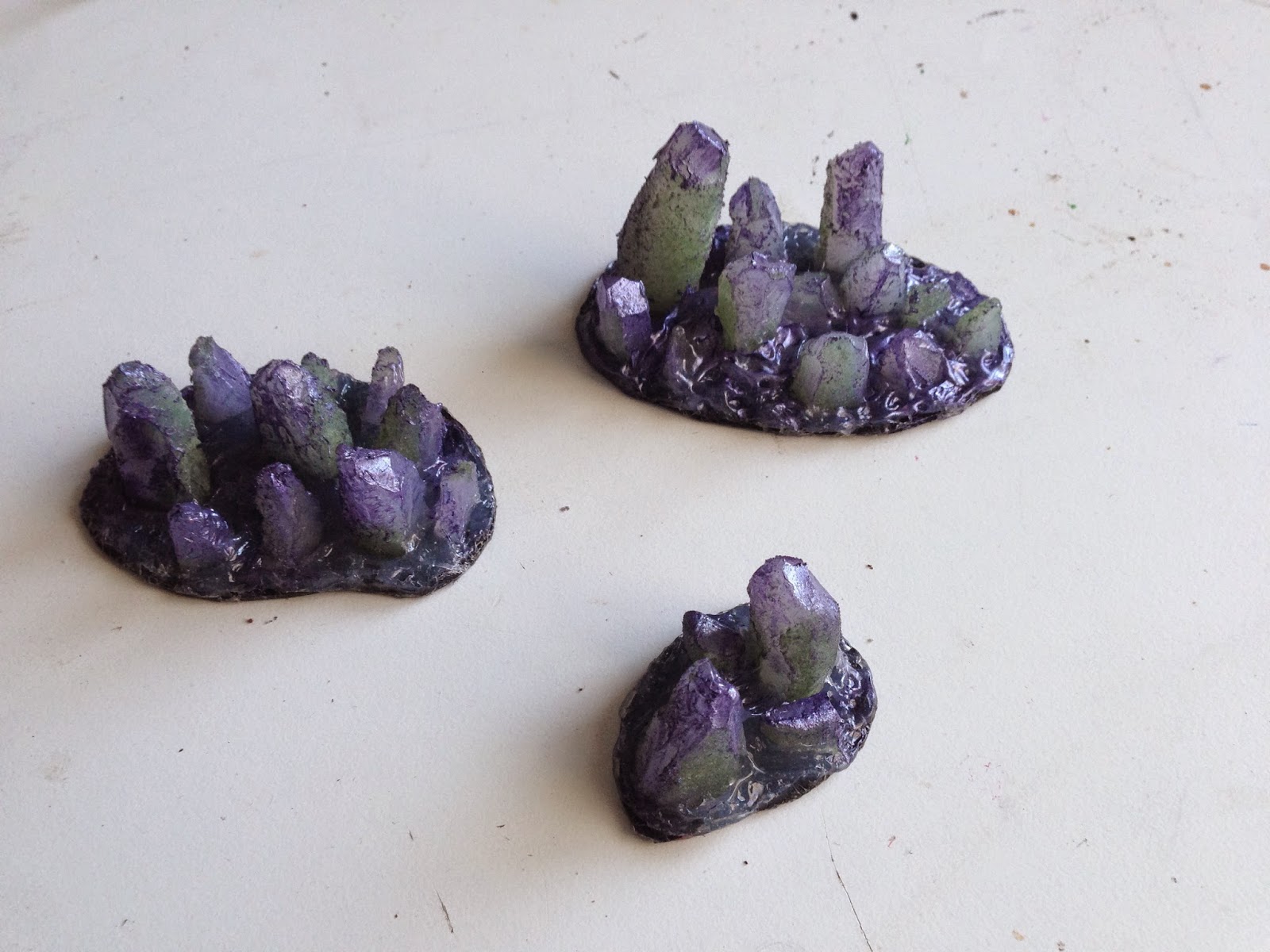 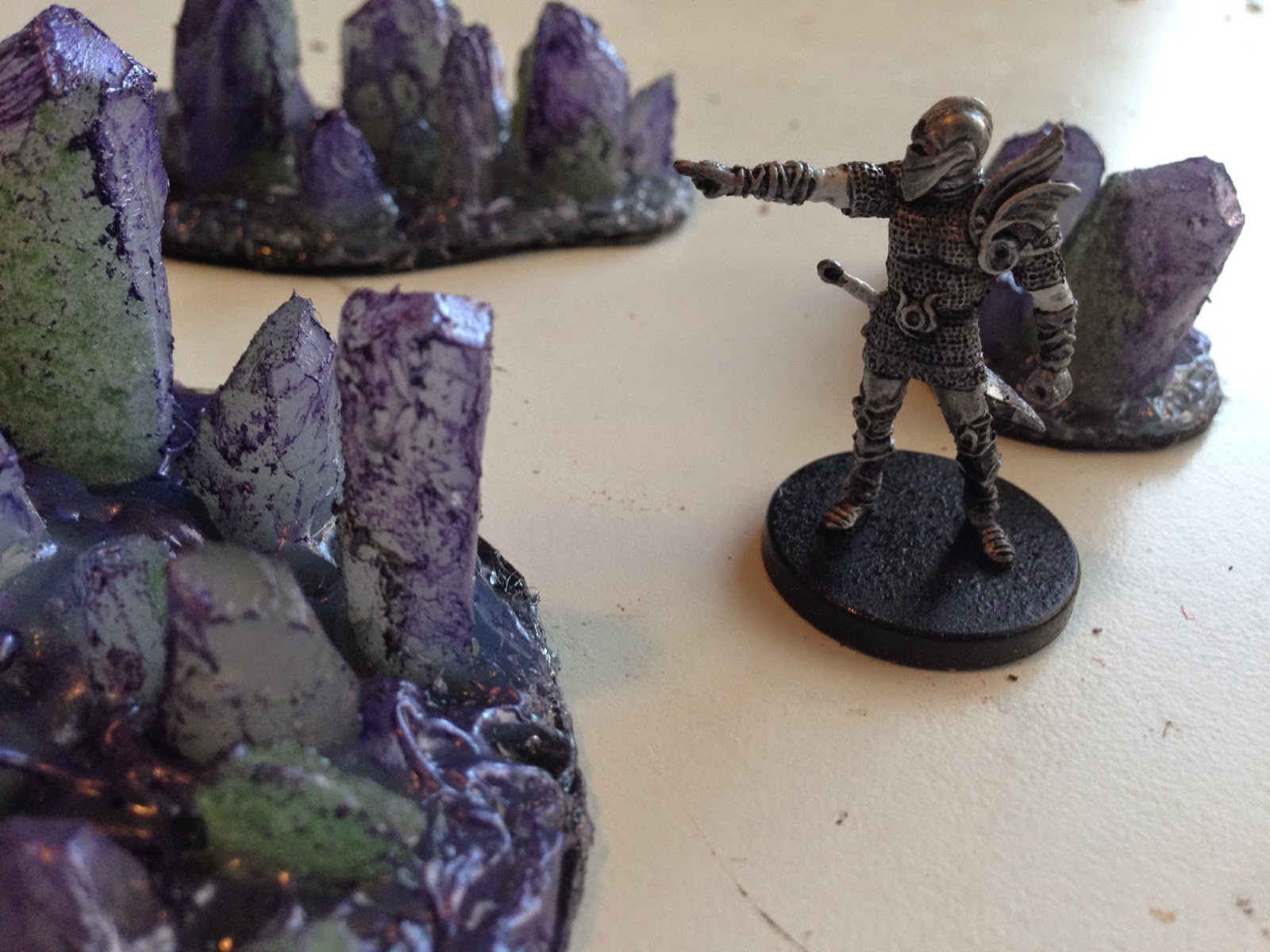 Lastly, I added a thick varnish gloss to just the tips of each crystal, and allowed that to flow down into the recesses of each base, much the way nature drips mineral content over centuries in cave systems to create thevsane 'flow stone' effect.

With remaining epoxy and hot glue, I decided to explore creating various oozes and jellies from the D&D world.

I always liked the odd, abstract, shapelessness to the Green slime, the Ochre Jelly, and the Black Pudding. but I also liked the idea that they, along with the Gelatinous Cube,  had some bizarre form of "hunting instinct" that called for arms of slime or ooze, reaching out for prey to dissolve. 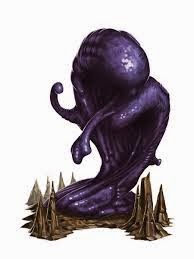 I started with a fairly round fiber board base, to mimic that of other WOTC/D&D miniatures I use almost exclusively. From this base Ia dded a small "base" of resin, and began to adhere the armature. Because of the small size of this particular creature, I found that a simple paper clip, cut into various shapes and forms, made for a great armature. 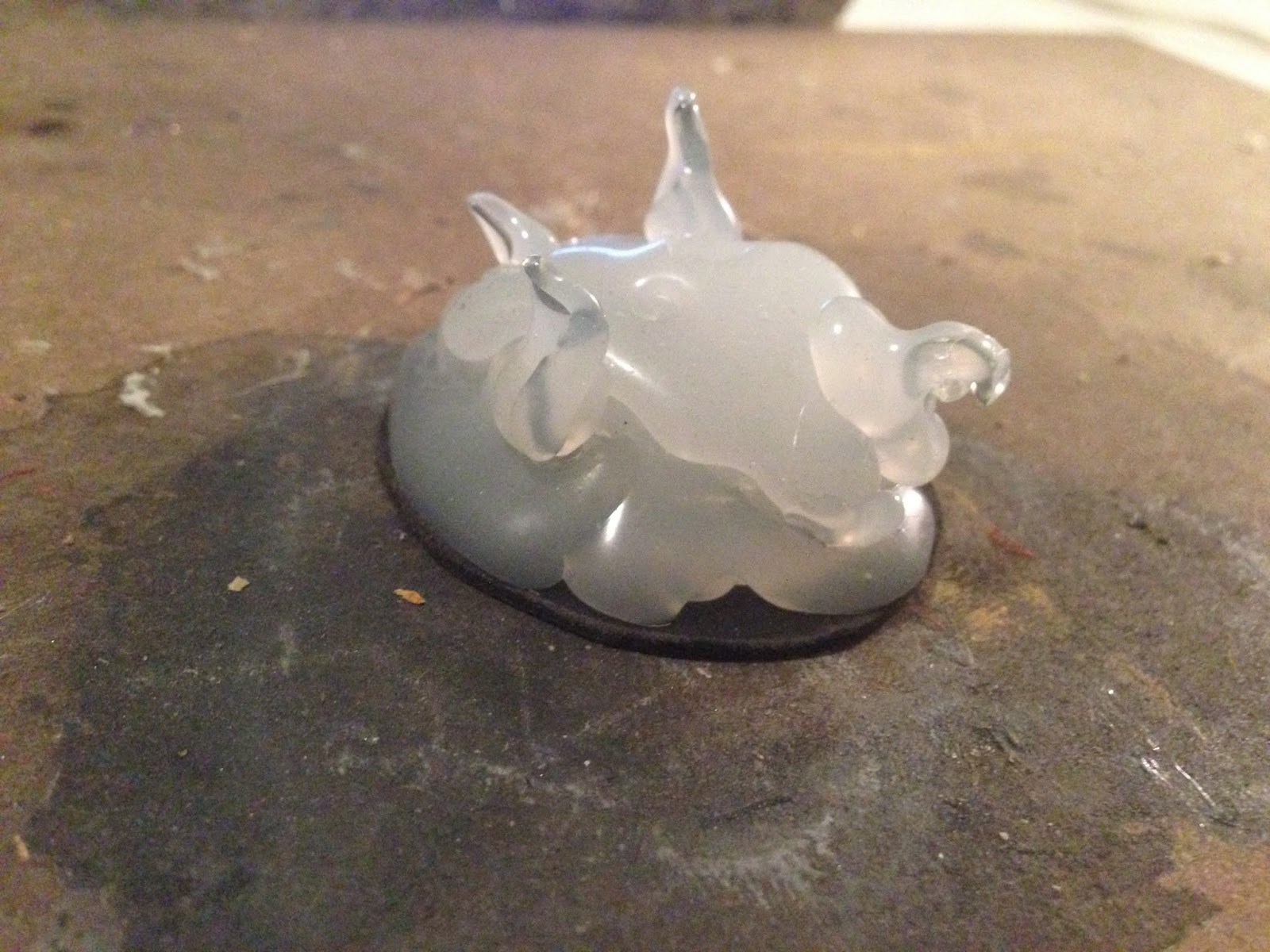 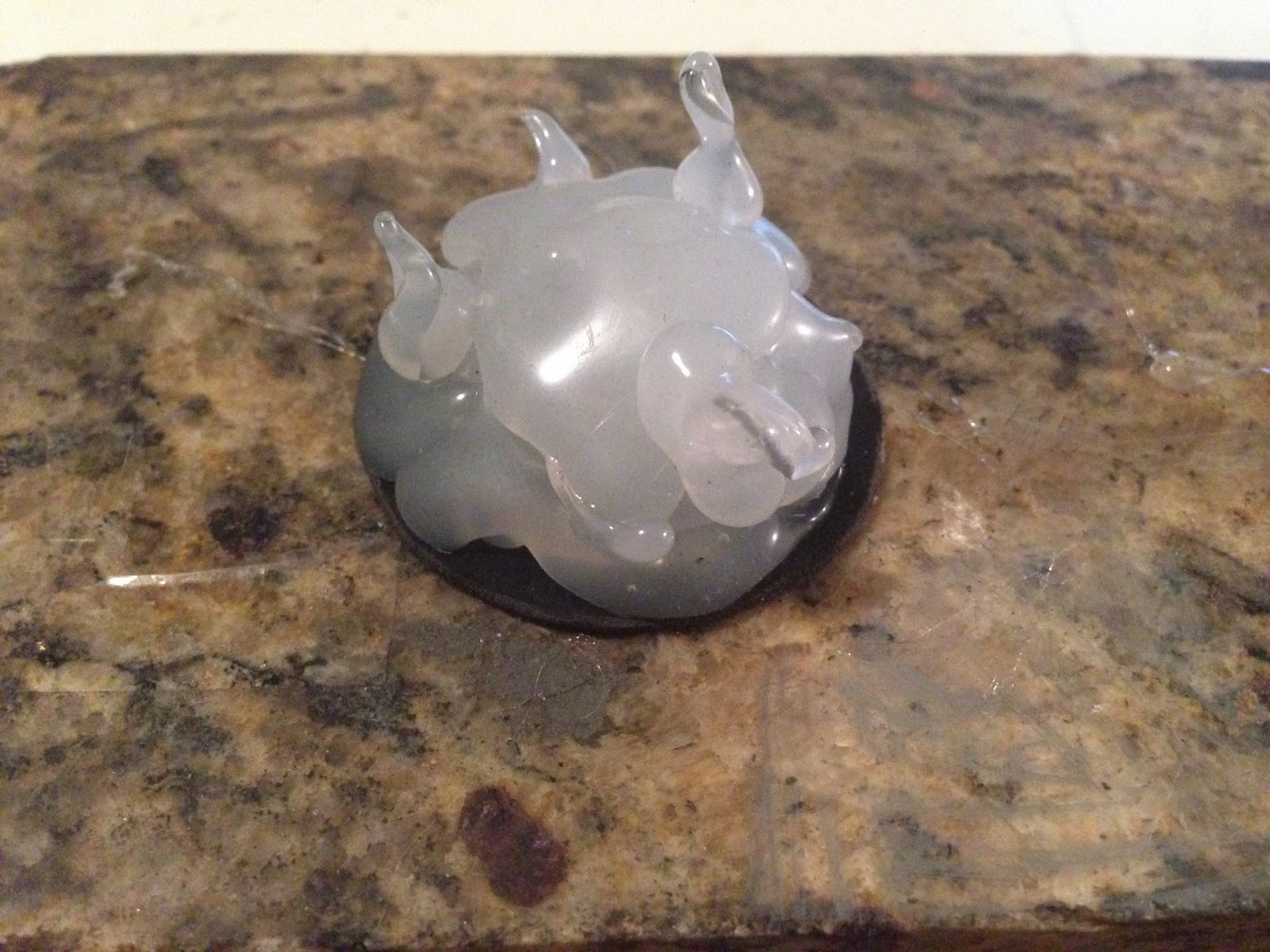 From there, the arms were overplayed with layer after layer of epoxy in various states of drying.
The final result was of course, a clear mass of twisting reason, but when laid with layers of varying shades of black and purple, then dry brushed with a slight purple hue, the creature began to come to life. I added a thick coat of clear varnish to give the appearance of a "wet-like" surface and add a bit of sheen to the flowing jelly-like mass. 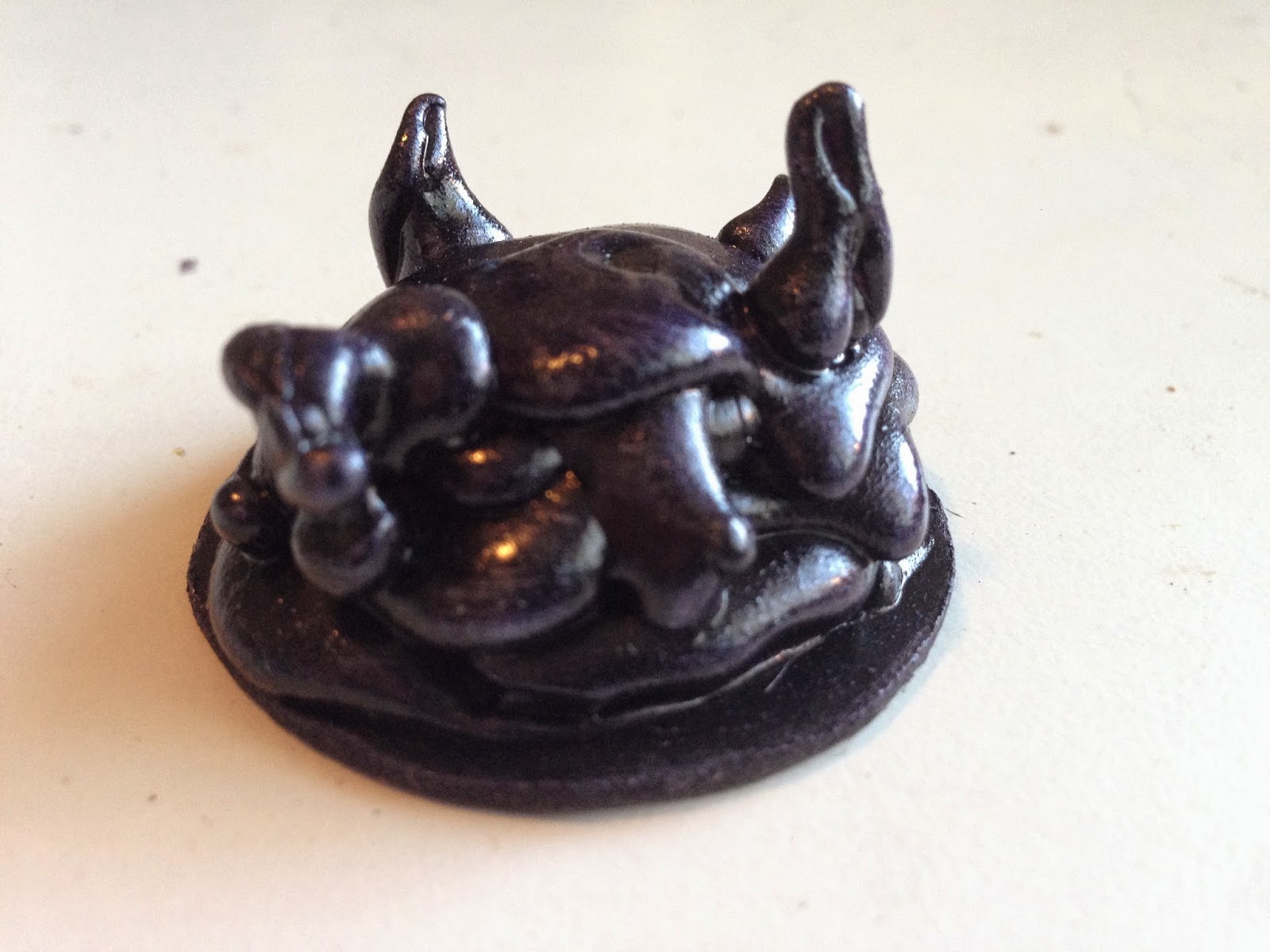 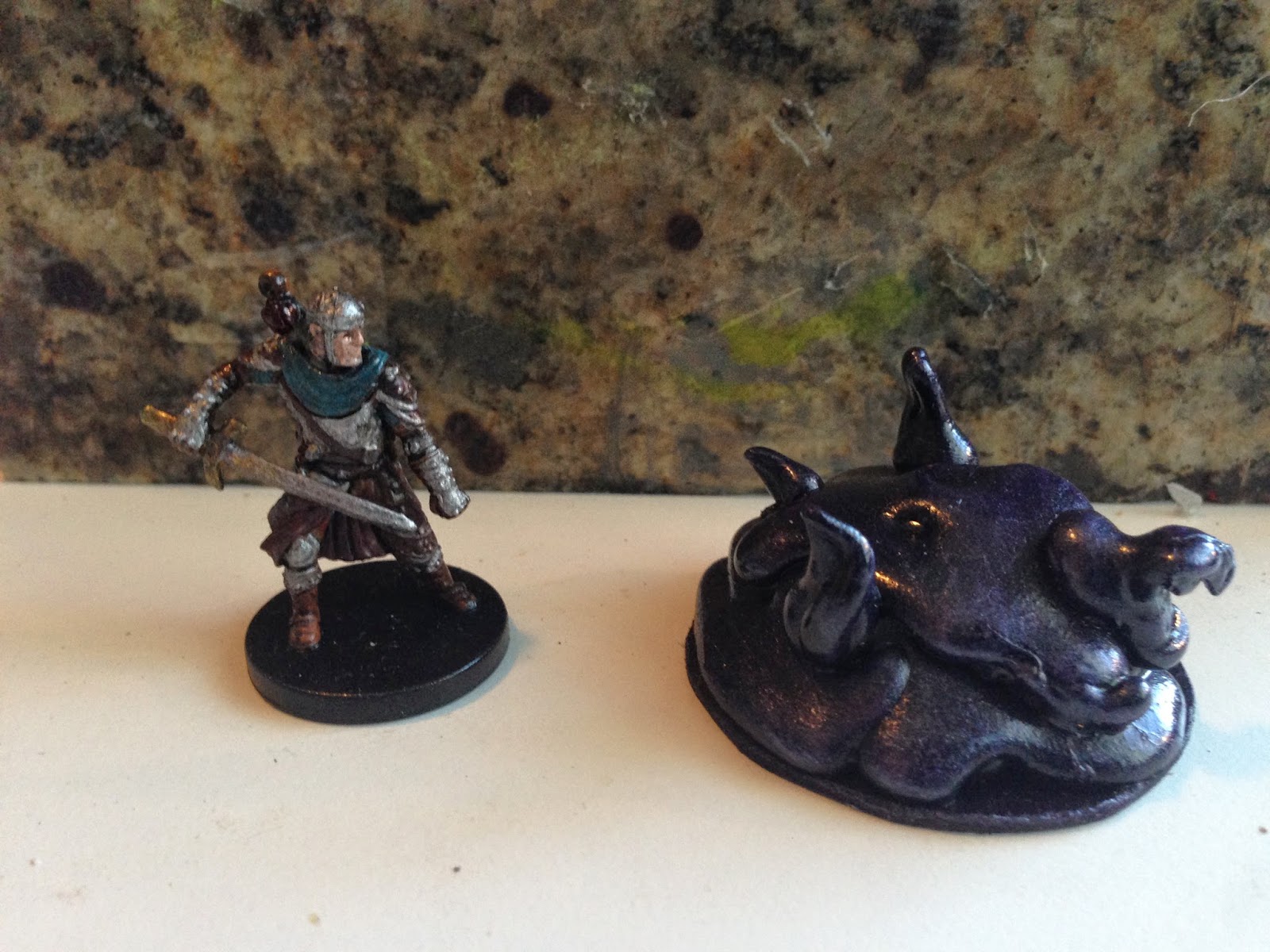 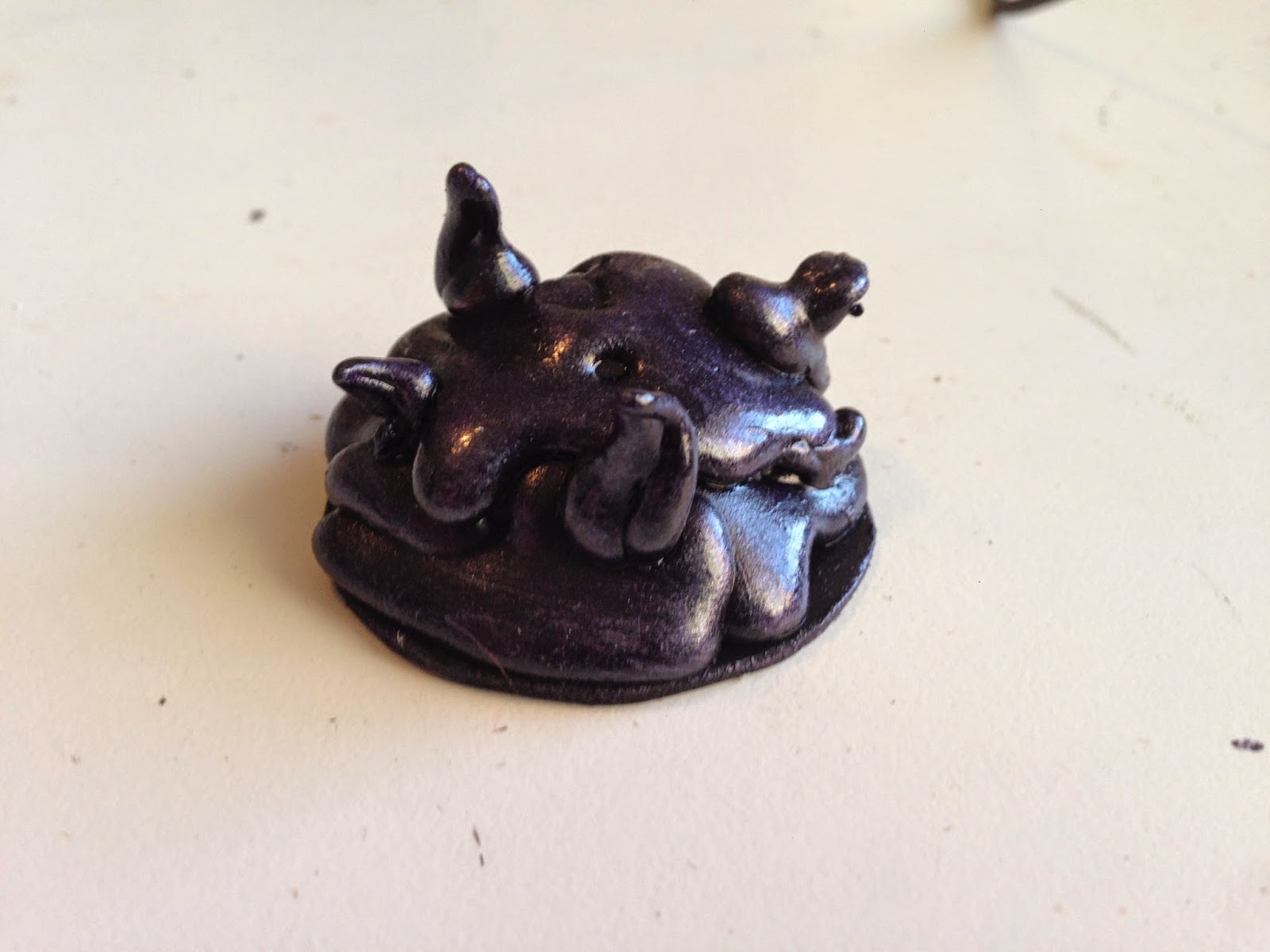